One Purpose of "if' Clauses in the New Testament 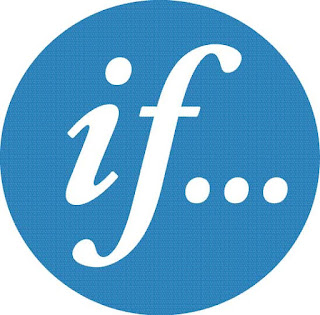 From S. Lewis Johnson sermon on Colossians 1:21-23:
Paul, in the final verse, verse 23, speaks of the abiding condition of those who are reconciled, or of reconciliation. This is bit of a puzzling text. In Believers Chapel we talk very strongly about the perseverance of the saints and occasionally, the term "security of the believer" will come out. And then we will also occasionally say, "Once saved, always saved," and things like that. Well then how can you harmonize, "Once saved, always saved," the security of the believer with the apostolic language? The apostolic language contains "ifs." "If you continue in the faith grounded and settled, and be not moved away from the hope of the gospel," that seems to say that there is a definite conditional possession of eternal life. Is not the whole program in jeopardy? Suppose our faith fails, doesn't this suggest that it might fail? "If you continue in the faith grounded and settled," why are these "ifs" in the Bible? If we were allowed to rewrite the Bible, I think, the majority of Christians would eliminate the "ifs" if they have grown up in an environment in which they were taught the perseverance of the saints, or the security of the believer. They don't really like to look at these passages. They rather think there must be some esoteric explanation that eliminates the "ifs." But they are in the Bible. They are there.
So we must deal with them. They are there. Why are they there? Well one thing that comes immediately to mind is this. They are there because there are people gathered in a company like this and who also meet with saints everywhere who are mere professors of the faith, and not really possessors of a personal relationship with the Lord Jesus Christ. That's one of the simple facts of Christian experience. There are many people who, even over years, make a profession of faith but who fall away, who evidence they were not really true believers. So, the question of a man's profession, and the reality of it, is raised by these "ifs." And they serve a very good purpose. Those who make a profession of faith and if their lives do not conform to that standard of Christian life that is set in the New Testament, not a sinless life, but the standard of life set in the New Testament, we have no reason to encourage them by saying to them, "You are a Christian." We cannot pass judgment upon them. We don't know what their condition is because we are human beings. But we have the word of God, and we can say, by the word of God, we have no reason to encourage you that as long as you live in manifest disagreement with the teaching of the word of God you are one of the family of the faithful. So that's one purpose that "ifs" would serve.
Posted by AK Pastor Blog at 9:01 AM