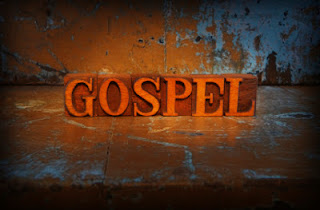 The second half of an article from Gospel Centered Discipleship
Much of our parenting is motivated by fear. Consequently, we’re more concerned with protecting our children from the world than preparing them to make a difference in this world. Gospel-centered, missional parenting is much different. It pictures parents as courageous warriors getting ready to release their children into battle. Psalm 127:4 says,
I see missional parenting happening in 3 stages. Of course these stages are fairly fluid with some overlap to be expected.
Gregg Harris says that in the time Psalm 127 was written, there were no arrow factories. Consequently, it took time for each arrow to be crafted with care and precision. The arrow had to have a good sharp tip on one end–that might deal with academic training and biblical instruction; and it had to have a good set of the fletching on the other end–which might apply to discipline. This would provide the arrow with a guidance system. So as parents, we must see ourselves as warriors shaping our young children during their formative years with doctrine and discipline driven by the gospel.
As children grow and mature we must give them opportunities to see the sinful reality of the world around them. Under our guidance and supervision we must expose our children to fallen creation and the crying need for restoration. Instead of an “us vs. them” mentality, we must teach our children to see and serve our culture through the lens of the gospel. We could picture this stage as the arrow being pulled out of the quiver and onto the bow.
Arrows were made to fly. They can’t sit in the quiver or rest on the bow forever. They must be released! Yet the point of release is often the most difficult time in parenting. As Gregg Harris says:
When you aim the arrow and release the arrow, beware–the greatest tension in your
relationship with your children will often be just before you release them. Because it
feels to the arrow like it’s going backwards when it wants to go forward. The tension is
building in the bow, the warrior is aiming, and then there’s the release. From that point
on, the guidance system that is in the arrow itself is what keeps it on track.
There comes a time when we must release our children into the battle. This is the purpose of the arrow as well as the purpose of parenting. We cannot be scared of this sinful world. Indeed, this is the world Jesus entered into and told us, “As the Father sent me, so I send you” (John 17:18). So let us follow our Savior with the attitude of a warrior as we prepare our children for the battle.
Posted by AK Pastor Blog at 12:28 PM