What the Transgender Debate Means for the Church 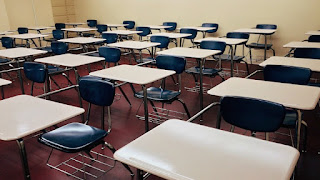 The Difference Between How Luther and Calvin Interpreted the Old Testament

Reading a book review of Preaching Christ From the Old Testament by Sidney Greidanus and found this quote from the book interesting,
In spite of broad agreement, however, Calvin’s hermeneutical approach is quite different from Luther’s. Luther was concerned mainly about the issue of salvation and focused on justification by faith in Christ. Consequently, finding Christ in the Old Testament became Luther’s priority. Calvin, though affirming justification by faith in Christ has a broader viewpoint, namely, the sovereignty and glory of God. The broader perspective enables Calvin to be satisfied with biblical messages about God, God’s redemptive history, and God’s covenant without necessarily focusing these messages on Jesus Christ” (127).

I just engaged an individual on FB who was talking about objectivity and my response is that none of us are objective when we come to the bible.  Interesting to see how the central truth to both Luther and Calvin influenced how they interpreted Scripture.
Posted by AK Pastor Blog at 9:53 AM No comments:

Sage Advice on the Christian Life

Found this on Dashhouse this week, sage advice from two men who helped to shape Christianity across the world . . .
I’m fascinated by the advice that older saints give near the end of their lives, particularly when the advice isn’t what you’d expect.
I came across two pieces of advice this week from J.I. Packer and John Stott. Both seem to go together. Both are helpful reminders for me, and I’m hoping you find them helpful too.

J.I. Packer is now 91. He’s a British-born theologian living in Vancouver. He’s author of many books including the classic Knowing God, and is surely one of the most influential evangelicals in North America.
In their book The Way of the Dragon or The Way of the Lamb, authors Jamin Goggin and Kyle Strobel recount traveling to Vancouver to meet with Packer. Packer gave this advice during their conversation:

You should have a fifty-year plan— a vision for growth over a long period of time as you embrace your weakness.

This isn’t the advice I would have expected. Three things stand out to me:
Packer reminds us not to coast. No matter how old we are, we can plan to use the remaining years and decades to intentionally grow in God’s ways as we embrace our weakness.

John Stott was a British pastor and author, and one of the primary authors of the Lausanne Covenant. Before he died he gave this advice, recorded here:

Dr. John Stott’s last bit of advice to his assistant before he died was simply this, “Do the hard thing.”
“Uncle John” believed that choosing the easy trail, the road most taken, and the path of least resistance can only end in mediocrity – even if it comes with praise.

I, like most of us, tend to like to do the comfortable thing. I have a section in my regular prayers in which I repent of my love of comfort. It helps me to repent of the times I want to find something easier to do. It helps to correct my tendency to coast rather than to risk.
Stott’s call reminds me of Jack Miller’s advice to risk or rust. It’s better to be all in than to coast with comfort.

John Piper is retired from pastoral ministry and could be taking it easy. I was struck by this quote from Piper:

Tony Reinke @TonyReinke
Piper: “I’m 71. Periodically I ask Noel: You willing to go to the nations? I don’t know where I’ll be in 5 years.” #BCSPasCon

Rose Marie Miller, who was married to the late Jack Miller, was born in 1924. Today she serves as a most of her time in London, serving with Serge’s Southall team, building friendships and sharing her faith with Asian women in London.


Both Piper and Miller seem to have a long-term plan to grow, even in weakness, and to do hard things. May their tribe increase as we follow the surprising advice of older saints.

Posted by AK Pastor Blog at 7:49 AM No comments: 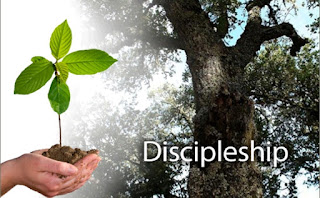 Our church is committed to making disciples through intentional relationships but this is very difficult considering the time requirements.  I am reading a plethora of books on discipleship for the third year of my DMin program at Talbot and am excited about being more effective at making disciples.  Here are some thoughts that gripped me today as I read Bill Hulls' latest book, Conversion and Discipleship.
Over time, the DNA for multiplying disciples developed within me. What is this DNA? It has eight key components, listed below. Most of these are covered at some point in my book Conversion and Discipleship.

To summarize all of this, I borrow the wise words of Pat Morley. “A disciple-making pastor has a vision to disciple every person in his church, a determination to make it happen, and a system for sustaining it.”