Ignoring the Problems in Spain 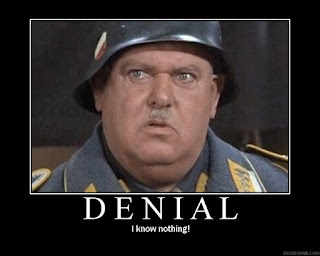 The markets rose in early trading yesterday on remarks from Philly Fed Chairman Charles Plosser in the Wall Street Journal. He noted that there is no reason for people in the United States to get "all in a dither" about Europe. And, unbelievably, the markets stayed there for most of the day.

Evidently, he hasn't read the news.

Last Friday, Spain nationalized Bankia, its third largest bank. Spanish bond prices tanked, causing yields to rise to euro-era highs. Retail sales dropped 9.8% year over year in April, which is, according to the Spanish government, the biggest month drop ever.

Or perhaps Plosser is just taking Spanish Prime Minister Mariano Rajoy at his word when he said that Spain will not ask for funds from the IMF or the E.U.

I don't know how that could possibly be the case at a time when Spain's banks sit on nearly a quarter of a trillion dollars' worth of bad real estate debt, and unemployment is over 24%.

Spain's strategy is nothing more than "delay and pray." - Keith Fitz-Gerald
Posted by AK Pastor Blog at 9:46 AM