A Broader Reason to Read your Bible Daily 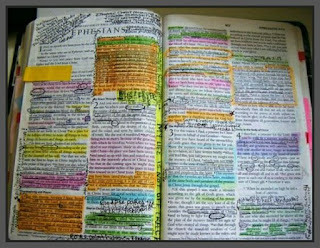 Here is an incredibly eye-opening and humbling reason to read our bibles from an interview with theologian Kevin Vanhoozer . . .
There’s a reason to begin the day with Bible reading. It reminds me that I too am a character in God’s ongoing historical drama, with lines to say and things to do. As James 1:22-25 says, those who peer into Scripture see themselves as they truly are. Reading the Bible on a regular basis helps me stay in tune with the real world, which is not death and taxes, but what the Father is doing in the Son through the Spirit to renew creation, and me, so that I can live each day in a way that images God and embodies the mind of Christ. Read the whole interview here.
Posted by AK Pastor Blog at 8:36 AM No comments:

Is There Really an “Orthodox” View on Sexuality?

Here is a great history of the uniqueness the Christian view of marriage and human sexuality by Trevin Wax from his blog on the Gospel Coalition . . .

The Silence of the Creeds

Some church leaders say this question is resolved by the creeds. The Apostle’s Creed and the Nicene Creed (and perhaps the other “ecumenical creeds”) constitute the proper definition of orthodoxy. Unaddressed matters of disagreement become peripheral by default. So, it’s said, we should unite around the creeds, and since there is no definition of marriage in the creeds, we must acknowledge a multiplicity of views regarding sexuality. There is no “orthodox” position.
Furthermore, to claim one’s view of marriage and sexuality as the “orthodox” one is to smuggle in a new standard—to lean on “orthodox” terminology as a power play so that one group can decide who is line with “true” Christianity. The better way forward, it’s said, is to wave away notions of there being a “standard” view of sexuality and marriage and to instead embrace the reality of diversity among sincere Christians who affirm the creeds. We can agree to disagree, just as we have done on a number of other secondary issues, such as speaking in tongues, or the nature of baptism, or the meaning of the Lord’s Supper. The ecumenical creeds define orthodoxy. Because sexuality doesn’t play a role there, it’s up for debate.

The problem with this view is that it treats the creeds as if they were catechisms—comprehensive statements that cover a whole host of vital doctrines and ethics. The absence of an ethical stance in the creedal affirmations of the early church doesn’t mean there is no such thing as moral orthodoxy or an ecumenical ethical consensus.
Take infanticide as an example. Christians over the centuries have defended the intrinsic worth and dignity of newborn babies, standing apart from ancient society when they refused to abandon their infants to the elements and rescued the abandoned infants of others. This doctrine of human dignity and the corresponding ethic that prohibited infanticide is a good example of an orthodox ethic that, even though not explicitly spelled out in the creeds, follows as a good and necessary consequence of doctrines about God’s fatherhood, the nature of creation, and the broader theological vision assumed by the creedal tradition.
The same is true of sexuality. The early Christian witness was both doctrinal and ethical. Among early Christians, we find a strong emphasis on both beliefs and behaviors.

In From Shame to Sin, historian Kyle Harper describes the potency of early Christianity on sexuality and the nature of its challenge to pagan views:
“Christianity gave a name to the array of sensual opportunities beyond the marriage bed: porneia, fornication… The coordinated assault on the extramarital sexual economy marks one of the more consequential revolutions in the history of sex” (3).
Harper notes just how revolutionary and out-of-step this new sexual ideology was:
“The central Christian prohibition on porneia collided with deeply entrenched patterns of sexual permissiveness” (11)
“Porneia, fornication, went from being a cipher for sexual sin in general to a sign for all sex beyond the marriage bed, and it came to mark the great divide between Christians and the world. Same-sex love, regardless of age, status, or role, was forbidden without qualification and without remorse. Unexpectedly, sexual behavior came to occupy the foreground in the landscape of human morality…” (85)
The early church stood out from the rest of society not merely because of what they claimed to be true of God, but also because of the distinctive set of behaviors they adopted in regards to sexuality. “Nowhere did the moral expectations of the Jesus movement stand in such stark contrast to the world in which its adherents moved,” Harper writes (87).

Contrary to what some would say today, these behaviors were not unconnected from the creedal affirmations of the early Christians; instead, they expressed the foundational worldview shift that took place upon conversion to Christianity.
“In its underlying logic, Christian sexual morality did not rely on the assumptions that informed Roman attitudes and practices, but instead was grounded in an entirely different set of premises,” writes Steven Smith in Pagans and Christians in the City (122). Marriage is, in this sense, an “architectural doctrine” of the Christian faith, as suggested by Matthew Lee Anderson.
Kyle Harper attributes the connection between Christian doctrine and the church’s sexual ethic to the embrace of a new moral cosmology.
“The chill severity of Christian sexuality was born not out of a pathological hatred of the body, nor out of a broad public anxiety about the material world. It emerged in an existentially serious culture, propelled to startling conclusions by the remorseless logic of a new moral cosmology.” (86)

Orthodoxy and Today’s Debates Over Sexuality

Many denominations in the West have been rocked by controversy over sexuality these days, not because Christians are obsessed with others’ sexual activities, but because so many Christians around the world recognize, instinctively, that the push to change the definition of marriage means much more to the faith than a simple “expansion” of marital blessing. It constitutes a reversion back to long-discarded pagan assumptions about the nature of the body and the purpose of sex. It is the exchange of one moral cosmology for another.
Even an historian like Harper, who sees in a neutral or negative light certain aspects of early Christianity’s vision of sexuality, has no trouble, when describing early Christian views, in turning to phrases like “highly distinctive sexual gospel” (79), or “radical new orthodoxy of sexual propriety” (84), or claiming it was “the development of orthodox Christian sexuality as a moral ideology that set Christians apart from the world” (102).
Harper is not the only one to have noticed how “sexual morality came to mark the great divide between Christians and the world” (85); Larry Hurtado in Destroyer of the Gods points out just how vital these early Christian views of sexuality were for the identity of the church.
“Early Christianity was unusual in its emphasis on social and behavioral practices as central in the religious commitment required of adherents, in some of the specifics of what was required of adherents, and in the seriousness with which this emphasis was pursued in what must be judged a noteworthy social project” (143).
… moral behavior, specifically in this case proper sexual behavior, an integral part of being a member of the church. Believers are expected to live by certain standards, and the church collectively is to be involved in disciplining believers who violate those standards” (161).
“Early Christianity represented a distinctive kind of social effort to reshape behavior” (172).
In the history of the church, and in the development of doctrines regarding sexuality and the body, we can find wrong turns, over-emphases, and ascetic extremes—many of which were extra-biblical and culturally driven. My point is not to say that our forebears got everything right in every case, but only that the modern idea that we should simply appeal to the creeds as representative of all that orthodoxy constitutes is widely out of step with how the earliest Christians, and how most Christians around the world today, would view the relationship between sexuality and “orthodoxy.” Considering the impact and seriousness of the early church’s witness regarding sexuality, it is hard to imagine any scenario in which the nature of marriage and sexuality would be considered an “agree to disagree” issue for the earliest Christians.
Donald Fortson and Rollin Grams are right:
“One of the primary things handed down in the Christian church over the centuries is a consistent set of ethical instructions, including specific directives about sexual behavior. The church of every generation from the time of the apostles has condemned sexual sin as unbecoming a disciple of Jesus. At no point have any orthodox Christian teachers ever suggested that one’s sexual practices may deviate from biblical standards.” (27)

Posted by AK Pastor Blog at 7:11 AM No comments:

Ambrose on the Power of Unity in Worshipping Together 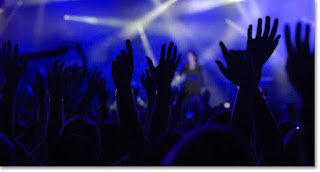 What a labor it is to achieve silence in church while the lessons are being read. When one man would speak, the congregation makes a disturbance. But when the Psalm is recited, it makes its own "silence," since all are speaking and there is no disturbance. . . The singing of praise is the very bond of unity, when the whole people join in song a single act of song.   Ambrose, On Psalm 1, Exposition 9

Shedd on the Unity and Plurality of God

William Shedd's Systematic Theology this year as part of my devotional reading.  I had heard of Shedd but never read him.  I found him in my Logos Bible Software when I was looking something up lat last year and really enjoyed what I was reading.  On the doctrine and nature of God, he leans toward philosophy but is a stretch for me but also something I wanted to read, especially when considering the trinity.  Here Shedd talks about the nature of the personality of God.  He mentions modes but is not referring to modalism which he will note later his discussion the trinity.

In discussing the subject of the personality of God, we have seen that this involves three distinctions in the infinite essence. God cannot be self-contemplating, self-cognitive, and self-communing, unless he is trinal in his constitution. The subject must know itself as an object and also perceive that it does. This implies, not three distinct substances, but three distinct modes of one substance. Consequently, divine unity must be a kind of unity that is compatible with a kind of plurality. The unity of the infinite being is triunity or Trinity. God is a plural unit. Shedd, W. G. T. (2003). Dogmatic theology. (A. W. Gomes, Ed.) (3rd ed., p. 220). Phillipsburg, NJ: P & R Pub.

Posted by AK Pastor Blog at 6:05 PM No comments: