The Necessity of Both Study and Prayer in Sermon Preparation 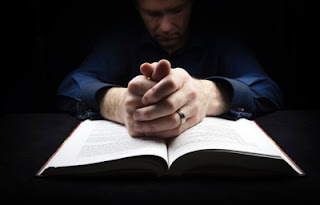 Some preachers are very diligent students. Their desk is piled high with theological works, and they hardly if ever pray for light. Others are very diligent in prayer, but hardly ever engage in any Sergio us study. We must not separate what God has joined.  John Stott, Between Two Worlds, p. 222
Posted by AK Pastor Blog at 10:18 AM No comments:

Getting the Big Picture of the Bible Protects One From Heresy 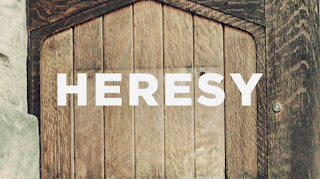 Every heresy is due to an overemphasize upon some truth, without allowing other truths to qualify and balance it. Biblical induction is the only safe way to begin theology, moving, that is, form a wide variety of particular texts to general conclusions. But it presupposes a thorough knowledge of the diverse particularities of Scripture. It is in this way that the grand themes of Scripture emerge. Only then are we ready for a more deductive approach, as we view each part in the light of the whole. John Stott, Between Two Worlds, p. 183
Posted by AK Pastor Blog at 10:11 AM No comments: 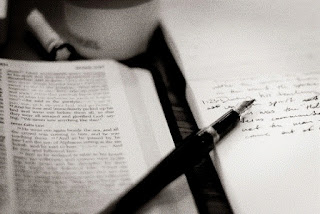 The higher our view of the Bible, the more painstaking and conscientious our study of it should be. If this book is indeed the Word of God, then away with sloven, slipshod exegesis! We have to make time to penetrate the text until it yields up its treasures. Only when we have ourselves absorbed its message, can we confidently share it with others. God spoke Samuel when he listened to God; then, when Samuel spoke to Israel, they listened to him (1 Sam 3:9-4:1). Similarly, before Ezekiel was in a position to speak God's Word to the people, he had himself to devour and digest it. god said to him: Son of man, . . . eat this scroll, and go, speak to the house of Israel. (Eek 3:1). John Stott, Between Two Worlds, p.182
Posted by AK Pastor Blog at 5:30 AM No comments:

Billy Graham said that, if he had his ministry all over again, he would make two changes. First, he would study three times as much as he had done. He would take fewer engagements. 'I've preached to much and studied too little.' The second change was that he would give more time to prayer. In stating this he echoes the apostolic resolve: “we will devote ourselves to prayer and to ministry of the word.” (Acts 6:4) John Stott, Between Two Worlds, p. 181
Posted by AK Pastor Blog at 5:25 PM No comments: 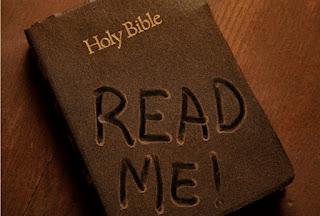 In a recent article, Ed Stetzer points out some startling data: “A recent LifeWay Research study found only 45 percent of those who regularly attend church read the Bible more than once a week. More than 40 percent of the people attending read their Bible occasionally, maybe once or twice a month. Almost one in five churchgoers say they never read the Bible—essentially the same number who read it every day…
“Our lack of biblical literacy has led to a lack of biblical doctrine. LifeWay Research found that while 67 percent of Americans believe heaven is a real place, 45 percent believe there are many ways to get there—including one in five evangelical Christians. More than half of evangelicals (59%) believe the Holy Spirit is a force and not a personal being—in contrast to the orthodox biblical teaching of the Trinity being three Persons in one God. As a whole, Americans, including many Christians, hold unbiblical views on hell, sin, salvation, Jesus, humanity and the Bible itself.” (Pastors.com)
In his article, Ed argues, “Small groups are key to combating and changing the epidemic of biblical illiteracy.” That’s certainly a key factor; so is faithful, consistent biblical preaching that opens God’s Word to the people in a way they can understand it and grasp its implications for their lives.
As we move into the back-to-school season, let’s commit ourselves also to get back-to-Bible in preaching that opens hearts and impacts lives.
Blessings!
Michael Duduit
mduduit@salempublishing.com
www.michaelduduit.com
Follow on Twitter @MichaelDuduit
Posted by AK Pastor Blog at 2:04 PM No comments:

For those of you who are disouraged about the Mars Hill implosion, this is worth giving ten minutes to listen.  It is worth listening even if you are not discouraged by the implosion!  Piper has wisdom here and sage advice.
Posted by AK Pastor Blog at 1:51 PM No comments: