I recently read Dietrich Bonhoeffer's, The Cost of Discipleship, for a class.  I decided to research him to see where he was theolgoically as many evangelicals see him as one of us but I do not think so.  He was more neo-orthodox.  Here is what he says about salvation in his book, Ethics:

Posted by AK Pastor Blog at 5:34 PM No comments: 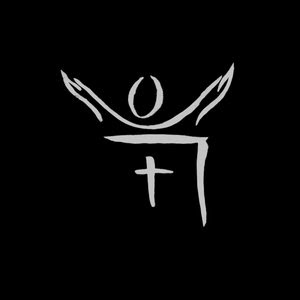 “The preacher must never be dull, he must never be boring...if he is dull he is not a preacher. He may stand in a pulpit and talk, but he is certainly not a preacher. With the grand theme and message of the Bible dullness is impossible.” —Martyn Lloyd-Jones
Posted by AK Pastor Blog at 10:31 AM No comments:

“You must have light and heat, sermon plus preaching. . . . Preaching is theology coming through a man who is on fire.”
—Martyn Lloyd-Jones
Posted by AK Pastor Blog at 10:25 AM No comments:

Jonathan Edwards on the Duty of Preaching

THE BEAUTY OF SPIRITUAL STRUGGLE 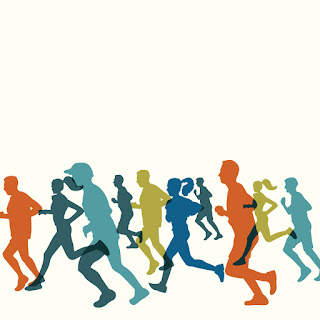 In North America, we have been trained to assume that if a process does not come easily to us, there must be something wrong. From the way we use technology, to the way we make shopping decisions, and even the way we learn and work, we often assume that struggle is bad. Everything should be intuitive and simple, with clear and easy steps toward achieving your goals or receiving whatever it is you want.
When we apply this mindset to Christianity, we start to assume that if the Christian life ever seems hard, there must be a problem. This, in spite of the many words of Jesus and the apostles that indicate we will face difficulty and obstacles in living according to the gospel.

Christianity and the Runner’s High

It is true that, while sins and struggles may hinder us, they do not define us. The author of Hebrews puts it this way: Let us lay aside every hindrance and the sin that so easily ensnares us (Hebrews 12:1, CSB). I love the emphasis here on casting off weights, putting struggles and obstacles behind us, untangling ourselves from the sins that would cause us to slip up.
Christians still slip and fall, but we should be best known for running. We are saints who sometimes sin, or racers who sometimes stumble. But sins and struggles no longer define us. The Christian is not defined by the sins of the past, nor the struggle of the present, but by the vision of the future. You see the finish line, and you run to win the prize.
I’ve never run a marathon, but friends tell me there’s a certain moment after you’ve been running several miles when a sense of euphoria and exhilaration kicks in. You begin to think: I am really doing this and it is fantastic!
This phenomenon has a name: the “runner’s high.” It takes place when the endorphins begin to work on your body (due to the pain you’re inflicting on yourself!). Once they are deployed, you feel happy when running. It usually comes in at around 4-5 miles. (To be clear, I don’t know what this is like. Last time I ran a 5K, I nearly threw up and passed out!)
Many people believe the Christian life should always feel like the “runner’s high”—that the struggle toward holiness and the fight against sin should always be inspiring.

We need to revisit the assumption that struggle is bad. Otherwise, we are likely to get discouraged in the spiritual race.
Struggle is not an anomaly for the Christian. While struggle may not define us, it is part of what it means to run.
Most of us understand there are times when you are engaged in work that makes your muscles ache. After a certain amount of exertion, you begin to feel inspired. But this feeling of inspiration is fleeting. It comes on the other side of serious and sustained struggle. And it does not last forever.

In a recent article in Touchstone, Robin Phillips opposes the idea that the Christian life should be free from struggle:

“Their underlying theme is the erroneous notion that when the Holy Spirit moves in a person’s heart, he always enables the individual to achieve complete victory over sin—where ‘victory’ is taken to mean the end of protracted struggle, especially struggle involving frustration, confusion, and occasional setbacks. According to this line of thinking, the presence of difficulty is a sign that God’s life-giving power is not operative in a person.”

Phillips contrasts this notion with that of ancient Christianity, which “saw comfort as a danger and put a high premium on spiritual struggle.” He also sees a cultural force at work. American teachers seek to minimize struggle whenever possible, but in other parts of the world, struggle is viewed differently:

“[Japanese teachers] believe that struggle is an integral part of the learning process. They will intentionally set their students math problems that are too hard for them and that the teachers know will result in mistakes. But they do this anyway to force the students to struggle. According to the mindset in Japan (and much of east Asia), the successful student is not the one who gets his work done with ease, but the one who persists in his work despite frustration and failure.”

What does this mean for Christians today? We should never pit the work of the Spirit against the struggle toward godliness.

“Within the context of a Spirit-filled life, struggle can play a positive role, as we literally exercise ourselves toward godliness (1 Tim. 4:7) and follow Christ’s example of running the race with endurance… By keeping our eyes fixed on Jesus our goal, and the joy that is set before us as the end when we are fully united with Him, we can find the energy we need to get right back up and keep struggling. Before our spiritual muscles are fully developed (and even afterwards), we may stumble and fall more times than we can count, but what do we do? We get up and keep struggling, fixing our gaze on Christ.”

I appreciate the song from Tenth Avenue North that says: “Hallelujah! We are free to struggle. We’re not struggling to be free.” The gospel indicative (that we don’t have to struggle to be free) precedes the gospel imperative (that we are freed now to struggle).
We shouldn’t expect to feel the “runner’s high” all the time while we run the race. The spiritual life should will often feel difficult. But we run with joy because the Spirit is working in and through us, and running is the sign that we are in the race.
Posted by AK Pastor Blog at 1:25 PM No comments:

Jesus Of the Scars

If we have never sought, we seek Thee now;
Thine eyes burn through the dark, our only stars;
We must have sight of thorn-pricks on Thy brow,
We must have Thee, O Jesus of the Scars.
The heavens frighten us; they are too calm;
In all the universe we have no place.
Our wounds are hurting us; where is the balm?
Lord Jesus, by Thy Scars, we claim Thy grace.
If, when the doors are shut, Thou drawest near,
Only reveal those hands, that side of Thine;
We know to-day what wounds are, have no fear,
Show us Thy Scars, we know the countersign.
The other gods were strong; but Thou wast weak;
They rode, but Thou didst stumble to a throne;
But to our wounds only God’s wounds can speak,
And not a god has wounds, but Thou alone.

A great reminder on the importance of following by James Emory White at Church and Culture. . .

I was challenged by a recent series of articles and blogs on the tiredness of leadership conversations at the expense of the importance of followership conversations. The repeated point was that we don't need another "Five Marks of Effective Leaders" talk or blog as much as we need the more overlooked "Five Marks of Effective Followers."
They're right.
Because effective followers are everything.
While I believe in the importance of leadership, followership is grossly overlooked, if not looked down upon. We've made the term derogatory, and elevated the ideal of leadership as the pinnacle of success.
Who wants to say, "My great gift is following?" It's as if you're saying, "My great gift is to serve someone with a gift."
This mindset ignores three very important truths:
First, that no one can be an effective leader until they first learn how to follow. Leadership is truly subordinate to following. So instead of saying, "Everything rises and falls on leadership," perhaps the deeper truth is, "Everything rises and falls on followership." A 1988 Harvard Business Review article defined a good follower as "being committed to a purpose, principle or person outside themselves" and being "courageous, honest and credible." Sounds an awful lot like what we hope for in a leader. So unless we first learn to follow, we can never learn to lead.
Second, the heart of the Christ life is not leading – it's following. The clarion call of Jesus to all who would listen was, "Follow me!" So only those who excel in following are truly excelling in the Christ life. If to live is Christ and to die is gain, then to live is to follow far more than it is to lead.
Finally, Jesus also made it clear that the greatest among us are those who serve others (Mt. 28:11). Repeat: greatest. We have such a short-sighted view of things in this world even within the Christian community. We highlight the speakers and authors, megachurch pastors and television evangelists.
In truth, those among these ranks will rank very little in eternity.
Who will be celebrated in heaven? Who will be so close to the throne that the likes of someone like me will barely catch a glimpse of them because they will be so near the throne I will barely be able to cast my eyes toward their splendor?
The followers.
The ones marked by humility.
The ones who have a towel draped over their arm and a water basin by their side, ready to wash whatever feet need washing. And more than likely in a room where no one sees and no one will ever know.
Yet they keep washing.
My name is often solely associated with Mecklenburg Community Church. It's absurd. In heaven, I will be the least associated with it. The ones who will be honored for the lives it has changed, the marriages it has restored, the families it has strengthened, the poor and hungry and homeless and widowed and orphaned it has served…
… will not be the leaders.
It will be the followers.
So, as Susan Cain titled her piece in the New York Times, "Not Leadership Material? Good. The World Needs Followers."
Yes, it does.
But in truth, the church has a better nomenclature to offer than "leaders" or "followers."
It's "ministers." And every Christian is one. Some might have the ministry of leadership but that is far from the only ministry, much less most important.
Every member of a church is a minister.
The role of a pastor/leader? To serve the ministry of the members. To unleash the ministry of the members. To equip the ministry of the members.
So here's a paradigm shift:
Followers are so important that the role of the leader is to…
… serve them.
James Emery White