A great post by Eric Geiger, especially if you are a type A personality and are always working.  This fall I started working out early to mid afternoon because there is no one at the gym at that time and do not have to wait for the weight machines or turn around and someone is using my weights (I do circuit training). 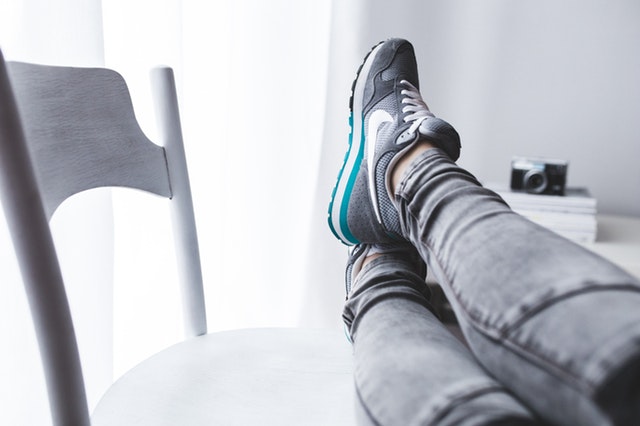 In recent years some consultants and counselors have encouraged people to stop thinking “work-life balance” and start thinking “work-life integration.” While some say this is semantics, others believe the language represents a fundamental shift in thinking with “work-life balance” as a view of your life as having disparate parts (work and life) and “integration” as viewing your life a singular whole. It has been a helpful distinction for me. Here is why…
I never could get the balance right, which I realize is really a statement about my own struggles. On my worst days, I feel I am not doing enough. Not doing enough as a leader. Not doing enough as a pastor. Not doing enough as a husband. Not doing enough as a father. I say “on my worst days,” because those feelings are contrary to the message of the gospel – the message I believe and teach. The message that Christ has accomplished my forgiveness and approval for me is the message I need to liberate me from my striving. My default struggle can easily be amplified in a ministry or leadership role because ministry roles and leadership roles are never done. There is always something else to do, someone else to meet with, some problem to solve, or some opportunity to pursue. Also, there is always more time I can spend with my kids or investments I can put into my marriage. When I sought “balance,” I felt guilty when I “worked” during the evening because that was “family time,” and I would have felt guilty if exercised during the day because that is “work” time. Which is one reason I gained 30 pounds as a ministry leader in my early 30s (pounds that have not been lost).
Thankfully, my view changed over time as I watched other leaders I respected. I noticed something different in ministry leaders I believed to be the healthiest. They did not view their lives through the typical 9-5 lens. They woke up extremely early to work on sermons. Yet they unashamedly exercised in the middle of the day. They enjoyed walks or lunches with their spouses. And yet at times had dinners with others in the evenings. Instead of viewing their days as two distinct parts, the healthy leaders had a view of their whole life and set their rhythms and schedules to serve both their roles and their families. At the same time, I read stories of ministry spouses feeling neglected and heard many ministry leaders lament the difficulties of exercising with their brutal schedules. So, I stopped viewing my day as two parts (work and family) and started viewing it as one whole.
Disclaimer Alert: This approach requires understanding and support from your supervisor(s) AND should only be attempted if you enjoy work. If you default to being lazy, I don’t suggest asking for this privilege. No one has ever accused me of being lazy (I am so messed up that I feel I have to note that), and this approach has given me freedom with a clear conscience in the following five practical ways.
Can exercise during the day (with a clear conscience)
At one point I would have felt guilty doing so, but now I view this as stewarding my health in order to serve others more effectively.
Can answer emails after the kids go to bed (with a clear conscience)
I always have answered emails after the kids go to bed, but now I do so without guilt. I don’t feel I am “letting work infringe on life” because I don’t view my week that way.
Can read for a sermon on vacation (with a clear conscience)
I used to ban myself from books that could be considered “work” in nature because it was “rest time,” but I enjoy reading books about the Bible, theology, and leadership – so I go for it.
Can start work early (with a clear conscience)
I wake up early. When I viewed my day as “work-life balance,” that was when I was supposed to exercise because “work” was to start later. But I am often most ready to study early in the morning and exercise later in the day helps give me a second wind.
Can spend some extra time with Kaye during the week (with a clear conscience)
If I have several night appointments during the week, I will go to lunch with Kaye during the week or go for a walk with her. I evaluate the week as a whole and try, by God’s grace, to ensure my family gets plenty of me.
Work-life integration has been a better approach for me than work-life balance.
Posted by AK Pastor Blog at 7:58 AM No comments: