Spurgeon on Jesus in the Garden of Gesthemane

"May we not conceive that as in a garden Adam’s self-indulgence ruined us, so in another garden the agonies of the second Adam should restore us. Gethsemane supplies the medicine for the ills which followed upon the forbidden fruit of Eden. No flowers which bloomed upon the banks of the four-fold river were ever so precious to our race as the bitter herbs which grew hard by the black and sullen stream of Kedron." Charles Spurgeon
Posted by AK Pastor Blog at 12:21 PM 1 comment:

5 Things to Do Before Leaving Your Church: The Pastor Edition

Excellent article from TGC.  As a pastor who loves the church, I have built enough trust with our elders that they know I will discuss with them and help them with my transition if and when I leave.

8 Shackles Every Pastor Should Shatter

Great article for young leaders just starting out in ministry from TGC.
Before my first pastorate, I had often heard pastors lament the challenges of ministry. I always assumed they were warning me of the cranky congregant or divisive deacon.
What I didn’t know is the difficult person they were warning me of would not only be in my church, but in my skin.
Before I became a pastor, I had no idea that the greatest ministry challenge a pastor faces is not a “trouble person,” but a troubled heart—and that heart belongs to him. I didn’t know that the nastiest looks a pastor gets is when he looks at himself, and that his harshest critic is not a voice in the Twittersphere, but the troll that lives within.
Yes, difficult situations bear down on every pastor occasionally, but the cruel ankle weights of unrealistic expectations, unfair comparisons, and other pressures that weigh a minister down most often occur because his own heart has been deceived (Jer. 17:9).
Here are eight lessons I’m learning that are liberating me from myself.

1. Be Free from Comparison

In an age of podcasts and celebrity pastors, it’s harder than ever to be an average, unimpressive pastor. Pastors everywhere are tempted to be like all-star quarterbacks, calling the plays and throwing the game-winning touchdown. But the role of the pastor is much more like an equipment manager, providing the saints needed service to help them fulfill their missions (Eph. 4:12).

The role of the pastor is more like an equipment manager than an all-star quarterback.

2. Be Free from Unbiblical Expectations

On top of preaching and shepherding, pastors today feel incredible pressure to be visionary leaders, competent businessmen, professional counselors, cultural commentators, and many other things.
But pastor, you haven’t been called to do “all the things.” God has called you to simply give yourself fully and freely to prayer and teaching the Word (Acts. 6:4). Excel in what you are uniquely called to do as a pastor: feed Jesus’s sheep (John 21:17).

3. Be Free from Fixing

Some pastors are never happier than their saddest congregant, and they often feel personally responsible for every person and problem in the church.
Pastor, you can’t pull everyone from the clamps of depression, or salvage splitting marriages, or liberate addicts from their sin-shackles, or bring peace into wartime homes. But you can passionately, powerfully, and persistently point them to the One who can (2 Cor. 4:5; Acts 5:42).

Pastors often feel they’re supposed to be knowledgeable and up-to-date on the latest news, theological controversies, political conversations, and cultural trends (after all, we went to seminary!).
Pastor, you don’t need to be the smartest guy in the room. Your people may actually love to hear you say, “I don’t know,” because it reminds them you’ve been entrusted with only one message: Christ and him crucified (1 Cor. 2:2). You don’t need to have something profound to say at all times on every topic. But know this: when you do speak, they’re listening.

Most pastors hate to be seen resting while others are working. They feel guilty when they tell others they’re taking a much-needed vacation, and they feel embarrassed when they have to utter the words, “I can’t; that’s my day off.”
Pastor, you are not omnicompetent. You need to rest. A lively, well-rested pastor can do more for his people in 40 hours than an exhausted one can do in 80. Moreover, your family needs you home. Many men can pastor your church, but only you can be your wife’s husband and your children’s dad. Show your church and your family what it looks like to radically trust the Lord with all things by taking weekly rest (Ex. 20:8–10; Matt. 11:28–30).

6. Be Free from Competition

Pastors often feel like failures when they see other churches with better music, better childcare, a nicer gathering place, or a sharper website.
Pastor, God is growing a kingdom—not a castle, not communities, not commodities—and an outpouring of grace in any church is an outpouring of grace on every church. Release yourself from a corrupted spirit of competition by celebrating every evidence of grace you see in other churches, and be content in giving yourself to those under your care (1 Pet. 5:2).

7. Be Free to Surrender

Many pastors feel intense pressure to grow their churches. Giving statements and weekly attendance reports become like brutal college midterms, empirically and irrefutably revealing what an utter failure they are.
But pastor, on your best day you cannot grow your church (1 Cor. 3:6–7). You’ve been called to roll up your sleeves, get on your knees, and focus on seeds. Maybe the greatest thing you can do for your church today is to finally and fully leave the growth up to God.

And I mean really, really happy.
When all the various burdens of ministry accumulate, the weight becomes such that few men can carry it long. Often pastors just put their heads down, keep their hand to the plow, and slog through another season. It’s not surprising the burnout rate is so high.
Above all, your church needs your joy in Jesus (Heb. 13:17). A pastor exuberantly happy in God will do far more for his church than an industrious pastor who has sacrificed joy in Jesus for optimal productivity. Slow down and become increasingly satisfied in him.
May the highest aim of your life, and the greatest prayer of your pastorate, be that of Psalm 90:14:
Satisfy us in the morning with your steadfast love,
that we may rejoice and be glad all our days.

Posted by AK Pastor Blog at 4:02 PM No comments:

Beware of a “Test the Fruit” Hermeneutic

Here is a helpful article on the importance of rightly interpreting Scripture and the devastating consequences of failing to do so by Denny Burk . . . 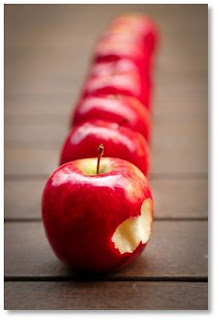 The Necessity of Genuine Community for Spiritual Growth 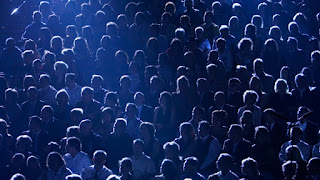 I didn't come to the conviction easily, but finally there was no getting around it: there can be no maturity in the spiritual life, no obedience in following Jesus, no wholeness in the Christian life apart from an immersion and embrace of community. I am not myself by myself. Community, not the highly vaunted individualism of our culture, is the setting in which Christ is at play. ~ Eugene H. Peterson.

Like it or not, we need a genuine community for spiritual growth and discipleship.  You cannot have one without the other!  Community is more than showing up to church on Sundays or even going to a small group, it requires a level of transparency and accountability many do not want.
Posted by AK Pastor Blog at 8:13 AM No comments:

To those who are elect exiles of the Dispersion in Pontus, Galatia, Cappadocia, Asia, and Bithynia, according to the foreknowledge of God the Father, in the sanctification of the Spirit, for obedience to Jesus Christ and for sprinkling with his blood (1Pet 1:1-2, ESV).

“We are all strangers in a strange land, longing for home, but not quite knowing what or where home is. We glimpse it sometimes in our dreams, or as we turn a corner, and suddenly there is a strange, sweet familiarity that vanishes almost as soon as it comes.” ―Madeleine L’Engle
Posted by AK Pastor Blog at 8:08 AM No comments: