I just subscribed to Michael Hyatt's Blog and have found it helpful as a leader and influencer.  This is form today or you can go directly to it here.

When I started out in my career, the key to success was having the right answers. If the boss had a question, he expected me to have the answer—or know where to get it. Those who advanced in their careers the quickest were seemingly the ones who had the most answers.

In the age of Google, answers are the easy part. You can look up virtually anything and have the answer almost instantaneously. But this only happens if you know how to ask the right questions.
If you are going to be a successful leader, you are going to have to learn how to ask good questions. Here are seven tips for taking this skill to the next level.
Finally, when you are asking questions, take notes. It communicates tremendous respect for the the person you are interviewing. It is also very helpful when things get quiet. You can go back over your notes and discover new questions you haven’t yet thought about or asked.

Question: What are some questions you have found useful as a leader? You can leave a comment by clicking here.
Posted by AK Pastor Blog at 10:41 AM No comments:

Question: What can you do today to become a person others want to be around? You can leave a comment by clicking here.
Posted by AK Pastor Blog at 11:06 AM No comments:

The Urgency of Evangelism and Mission 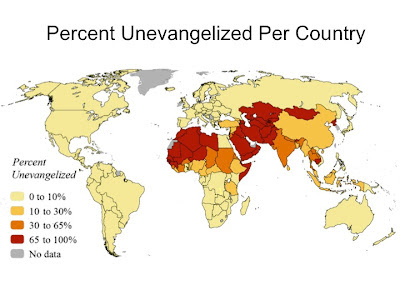 "Therefore remember that at one time you Gentiles in the flesh, called "the uncircumcision" by what is called the circumcision, which is made in the flesh by hands-- remember that you were at that time separated from Christ, alienated from the commonwealth of Israel and strangers to the covenants of promise, having no hope and without God in the world.  But now in Christ Jesus you who once were far off have been brought near by the blood of Christ. (Eph 2:11-13 ESV)"