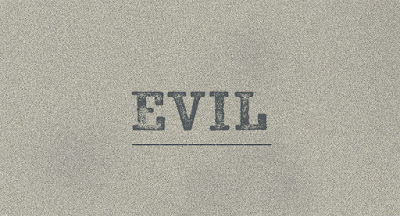 Here are my thoughts on why God ordains evil with some help from Jonathan Edwards . . .
I have thought about this troublesome issue for years and have revisited the issue with the recent natural disasters, social ills, the plight of suffering and persecuted Christians, my study of the Gospel of Luke and his emphasis on God’s Sovereignty, as well as issues that have affected family and friends. This issue is one of the most difficult that any of us will think about. Yet if you can grasp this it gives you solid footing when suffering comes your way as is promised (1 Peter 3:17; 4:19). So, I went to a reliable source and reread some material that Jonathan Edwards wrote concerning the topic. My main point is that God ordains evil not for itself but for his greater good and glory.
God’s greatest goal in all things, including the creation of the world and redemption of humanity and everything in between, is his own glory. Everything else is subordinate or secondary to this truth. Listen to the flow of thought of Jonathan Edwards, ‘So it is proper that his glory shine forth infinitely so in all his ways. It is not proper for one glory to show forth and another not all or less equally so.’ In other words, for ‘God to be glorified or revealed in his completeness’, it is necessary that all His qualities be displayed with equal force and expression.
Therefore, it is equally necessary for ‘Gods awful majesty, his dreadful greatness, his wrath, holiness as well as his goodness, love, mercy, grace should be manifest. But these could not be manifested unless sin and therefore punishment had also been decreed. If he had not decreed them the shining forth of his glory would be exceedingly imperfect both because these parts of his divine glory would not shine forth as the others do, but also the glory of his goodness, love, and holiness would be faint without them.’ They ‘would scarcely shine forth at all.’
For instance, ‘if God did not ordain and permit and punish sin there could be no manifestation of God's holiness in hatred of sin. There would be no manifestation of grace or true goodness if there was no sin to be pardoned, no misery to be saved from. How much happiness soever he bestowed, his goodness would not be so much prized and admired.’
So ‘evil is necessary, in order to the highest happiness of the creatures and the complete communication of God - for which he made the world. For thus is why he made the world, the creatures happiness consists in the knowledge of God and the sense of his love. If our knowledge of him be imperfect, the happiness of the creature must be proportionately imperfect.’
So God ordains evil to exist for the complete manifestation and knowledge of his person to his creatures. If sin did not exist then we would not know his grace and his mercy and goodness towards us and therefore ‘by necessity would not know him more completely to more fully glorify himself.’ There is a ‘proportionate relationship between the complete communication of God, for which he made the world, and the happiness of his creatures.’ The ‘more imperfect and incomplete our knowledge of him be the more imperfect and incomplete our happiness must be.’ So God is glorified more fully for having conceived and created and governed a world like this with all its evil.
Note well, that the more imperfect our knowledge of him the more imperfect our happiness will be. This demands that we read and understand and know the word.
Posted by AK Pastor Blog at 10:48 PM