The Dignity of the Son of God 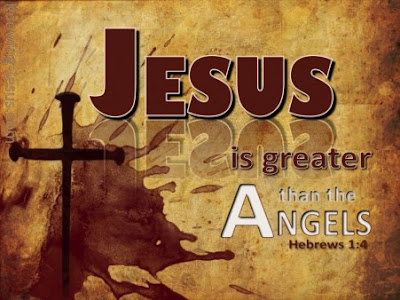 Long ago, at many times and in many ways, God spoke to our fathers by the prophets, but in these last days he has spoken to us by his Son, whom he appointed the heir of all things, through whom also he created the world. He is the radiance of the glory of God and the exact imprint of his nature, and he upholds the universe by the word of his power. After making purification for sins, he sat down at the right hand of the Majesty on high, having become as much superior to angels as the name he has inherited is more excellent than theirs. (Heb 1:1 -4 ESV)


The author of Hebrews writes to a church made up of Jewish Christians who are struggling with suffering and wondering where God is in the midst of their suffering and pain.  Why does God not speak?  Have you ever felt that way?  The author says he has and has done so definitely through his Son, Jesus.  In these four verses, Jesus described as the Eternal Son, who is the radiance of the glory of God and the exact imprint of his nature.  Jesus is also described as the Incarnate Son, who made purification of our sins by dying on the cross. And lastly, Jesus is described as the Exalted Son, who has sat down at the right hand of God the Father.  It is because of these three truths, that Jesus is superior to the angels.
Posted by AK Pastor Blog at 9:47 AM

Email ThisBlogThis!Share to TwitterShare to FacebookShare to Pinterest
Labels: Hebrews, Son of God