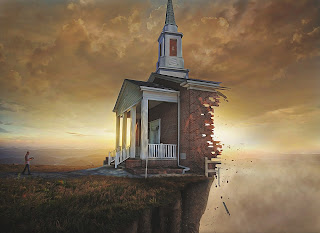 The continuation of Trevin Wax's series on cultural engagement . . .
In my previous post, I gave two reasons why some Christians resist the term “cultural engagement.”
For some, the term is too broad to be effective. There isn’t an overarching ‘culture’ for us to engage. (I affirmed yet questioned that objection in the previous post.)
For others, the term is a slippery slope to worldliness because we are tempted to water down the distinctive doctrines of Christianity in order to become more palatable to society. Or, we are tempted to replace the message of a shameful and bloody cross with activity around a noble and popular cause.
This objection deserves further attention, and I want to respond to it in greater detail in this post.
How do we avoid mission drift as we seek to “engage the culture” or “serve the world” in which God has placed us?

First, we need to make sure that our cultural activity is connected to the overarching mission of God and the task He has given His church. We care about cultures because we care about people—all kinds of people.
When set within the context of the Great Commission, cultural engagement is motivated by missionary effectiveness. When divorced from the Great Commission, cultural engagement is motivated by worldly acceptance.
So, let’s be clear. Cultural engagement must never be driven by the desire to be seen as “cool,” or to prove to the world that we are different from our parents and grandparents who might not be aware of the latest cultural trends or pop culture references.
Jesus came for the uncool.
Instead, cultural engagement in your neck of the woods may mean spending time at the local McDonald’s, not the trendy, upscale coffee shop. Perhaps the best way for your church to serve your neighborhood is to minister to a single mom who lives across the street from your church, instead of courting the flashy business owner who lives in a mansion across town.
When one kind of “cultural engagement” excites you more than another, it says more about you than the culture or the neighbors you’re called to love.

Second, if we are to be faithful in how we engage the people around us, we need to be Christians with Scripture-soaked imaginations. This means we need full and regular immersion into God’s Word as the great story of our world.
If you know the songs of the world better than you know the great hymns of our faith, then the world’s soundtrack will have a greater effect on you than the church’s. If you’ve seen certain movies or shows so many times you can quote from them, but have not committed to memory passages of Scripture, such as the prayer Jesus told us to pray (Mt. 6:9-13), or the psalms that served as Jesus’s prayer book, or the sermon that describes Jesus’s kingdom manifesto (Mt. 5-7), then the sermons of the world will be closer to your heart than Scripture.
Culture engagement doesn’t start with the desire to be better interpreters of the world’s stories; it starts with the desire to better know God’s story.
There are no shortcuts. We cannot grasp the longings or see through the lies of the world if we do not first see all of history as part of the unfolding Story that Scripture tells. Unless we inhabit the strange world of the Bible, with God’s Word on our lips and His stories planted in our hearts, we will not be faithful. Faithfully engaging the culture doesn’t start with cinema, but with Scripture.

3. Remember the Reality of Hell.

A third way of making sure that our cultural engagement doesn’t lead us away from the Great Commission is to continually remind ourselves of what the Bible teaches about eternity. There are eternal, not just temporal consequences to sin.
Here’s where hell comes in. Literally.
The biblical teaching about eternal judgment serves as gravity that pulls you back to the mission of God, who seeks and saves the lost through the atoning sacrifice of his Son. The reality of hell reminds us of the ultimate “social justice” of God, in a way that raises the stakes and gives us an eternal purpose when we engage the culture, serve the poor, love the stranger, and stand against the world’s rebellion against God.
Here’s how one pastor lays out the practical consequences of speaking about hell:

“As long as you are still preaching the wrath of God against all rebellion and all sin, then you are preserving in your own mind and in the consciousness of believers in the church, that you are interested in the relief of suffering both in time and eternity. You start fudging on that corner and you lose that eternal dimension.”
“As long as you are preaching hell and the way to escape hell through responding by the strength that God gives through the Spirit to the gospel, to what God has done in the person of his Son, in repentance and faith. . . . As long as you are still preaching hell and the need to be saved from hell, then a lot of the broader, quasi-liberal social justice crowd don’t want anything to do with you. And that preserves you as well.”