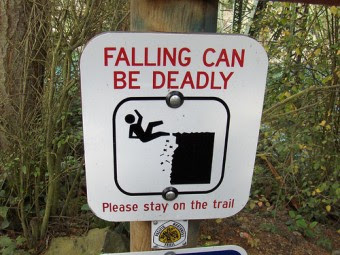 By the time we hear of a leadership failure, any attempts at intervention to save the leader are usually futile. The damage has been done. The family or organization suffers as their leader has fallen or, at the very least, made a major mistake.
Most great leadership failures, however, don’t begin with some stupid action. The leader usually has thoughts about the action well before he or she actually makes them. Some of those thoughts can be warning signs to heed. They are like the bright, flashing red light that demands we stop. Failure to stop can result in great harm.
I’ve had the opportunity through the years to listen to leaders talk about their biggest victories and their greatest failures. When the latter takes place, these leaders reflect that, most of the time, the failure took place in a deadly thought pattern. They lament they didn’t recognize these deadly thoughts for the warnings that they were. Here are the seven most significant warning thoughts I’ve heard:
I am grateful to be able to hear from leaders who shared with me openly and transparently. What would you add to these seven deadly thoughts?
This article was originally published at ThomRainer.com on <
Posted by AK Pastor Blog at 10:00 AM