The Church as The People Of God 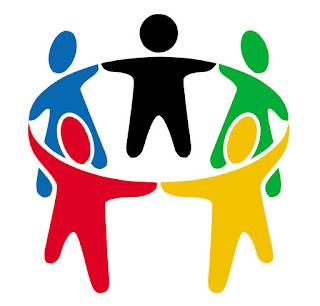 Paul, an apostle of Christ Jesus by the will of God, and Timothy our brother, To the church of God that is at Corinth, with all the saints who are in the whole of Achaia: (2 Co 1:1 ESV)


Church is the most natural expression of the corporate gathering for followers of Christ.  But it was not used just by the New Testament writers.  The word church is derived from the Old Testament where the people of Israel were the 'assembly of the Lord" (Num 16:3; 20:4; Deut 23:1) or the "assembly of Israel" (ex 12:6; Lev 16:17; Num 14:5).  In the LXX, the word 'assembly' is often translated with the Greek word for church.  Paul picks up on this often using the phrase, 'church of God' (1 Cor 1:2; 10:32; 2 Cor 1:1) probably choosing to use the term God rather than Lord to avoid confusion between God the Father and Christ as both are designated as Lord in the New Testament.  The constant reference to Paul's converts indicates that he conceived of the church as the new Israel, the new people of God, the fulfillment of what God intended with Israel.  This does not mean that there is no role or future for ethnic Israel.  We need not opt for an either-or, but we can affirm that the church is the new Israel and that a future still exists for ethnic Israel.  Thomas Schreiner in Paul, Apostle of God's Glory in Christ, p. 331-332.
Posted by AK Pastor Blog at 12:00 AM