The Loss of Religious Freedom

Here is an article by James Emory White with an example of how we are losing our religious freedom.  I have said before there are those in our culture who do not just want a voice but to be the voice.  We must agree and affirm a lifestyle or we are labeled as haters! 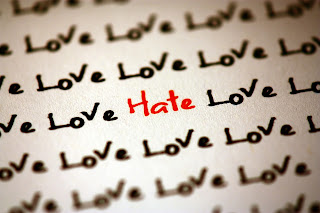 My home state of North Carolina and home city of Charlotte have been in the news of late for a number of social and cultural matters.
In relation to one of those, the Charlotte Observer ran a front page story related to HB2 (House Bill 2), often referred to as the “bathroom bill.” It is called that because the bill came about as a reaction to a Charlotte city ordinance that protected transgender people who wanted to use the bathroom of their gender “identity.”
Popular translation: A man dressed as a woman can use a woman’s bathroom if he feels he identifies with being a woman.
A firestorm ensued when HB2 was passed in reaction to overturn the city ordinance, namely because some felt it went beyond a narrow limitation of the city’s reach, and restricted LGBTQ rights even further than they had been before.
Much of the ensuing conversation has been whether the LGBTQ community needs expanded protection as outlined in the Charlotte city bill, or whether the state was right in saying that things were already adequately cared for.
Weighing in on the matter, the Charlotte Observer produced a front-page story on the ways the LGBTQ community has faced discrimination; a not-so-veiled attempt for the paper to cast its vote on the matter of whether additional protections are needed.
The title?

Yes, that was the not-so-subtle title.
It then detailed numerous stories of LGBTQ discrimination. And to be sure, some of the stories were repugnant. True discrimination, much less violence, against the LGBTQ community must be deplored.
Which made it all the more disturbing that one of the primary examples of such discrimination was a story titled, “Her Former Church Told Her to Repent.”
A lesbian woman had chosen to marry another woman. After doing so, she was contacted by her church and told that her relationship was outside of the church’s beliefs. The church asked her to “display repentance and abandonment of this area of open immorality.”
Not for being homosexual in orientation, mind you, but for openly embracing the homosexual lifestyle in violation of the church’s stated beliefs, which she had agreed to when she joined as a member.
That was it.
But it was offered as an example of a story of “hate” and discrimination against the LGBTQ community.
Be afraid. Be very afraid.
Yes, the line has finally been brazenly crossed in the most public and mainstream way:  A faith community that holds to its beliefs about things as foundational as sexual morality, marriage and family – not to mention upholding the integrity of its membership – can now be charged with perpetuating a hate crime against another person when they take a convictional stand for those beliefs. Even if all they do is say: “We have clearly parted ways in our understanding of faith. So let’s part ways.”
They didn’t try and prevent the marriage. They just wanted to continue to be the faith community they were. They didn’t change; the former member changed.
This is precisely what those advocating for gay rights, early on in the debate, said would never happen. They said they simply wanted the right to marry. They wouldn’t force their views on anyone else. Of course religious freedom would be protected.
Short-lived promise. And one we know, now, was disingenuous from the start. It is now clear the goal was never simply having “rights” but enforcing cultural affirmation. There is a difference. A deeply disturbing difference.
The stance of the Observer is not an isolated incident.
Consider Watermark Church, a Dallas megachurch, now embroiled in equal media controversy after it “lovingly” ousted a member for being in a gay relationship with another man.
Again, not for being homosexual in orientation, but for openly and unrepentantly embracing the homosexual lifestyle in direct violation of the church’s deepest religious convictions. Further, he publicly stated that he no longer embraced the church’s beliefs on the matter.
“We are left with no other option but to remove you from our body,” their letter states. “We lovingly but firmly call you back to repentance.”
Many have observed that this was simply a church being a church. The man did not have to join the church, much less originally agree to embrace its beliefs. But in choosing to depart from them, and also refusing to willingly resign his membership on the front end, he left the church little choice but to maintain the integrity of its faith and practice (and membership) by removing him from that affiliation.
What else would anyone expect?
As the pastor of the church explained in a commentary for the Dallas Morning News, because the man didn’t think same-sex activity was “inappropriate for a follower of Jesus Christ, it became appropriate to formally acknowledge his desire to not pursue faithfulness to Christ with us.”
“Loving correction (church discipline) can be a difficult idea to understand,” the pastor wrote, “but discipline is an act of love, something any parent knows.”
Yet it’s become the talk of the town, as if Watermark has, in some way, committed an act of legal discrimination, if not a hate crime.
So it’s not just about Watermark Church.
It’s about a watershed moment.
And one that doesn’t bode well for the church, and carries ominous signs of not only the looming loss of religious freedom,
… but even the early signs of future persecution.
James Emery White


James Emery White is the founding and senior pastor of Mecklenburg Community Church in Charlotte, NC, and the ranked adjunctive professor of theology and culture at Gordon-Conwell Theological Seminary, where he also served as their fourth president. His latest book, The Rise of the Nones: Understanding and Reaching the Religiously Unaffiliated, is available on Amazon. To enjoy a free subscription to the Church and Culture blog, visit ChurchAndCulture.org, where you can view past blogs in our archive and read the latest church and culture news from around the world. Follow Dr. White on twitter @JamesEmeryWhite.
Posted by AK Pastor Blog at 7:07 AM