The Negative Effects of Technology - A MUST READ! 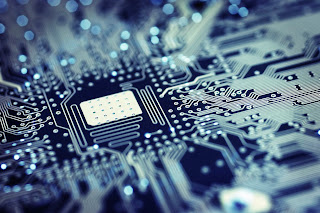 Here is a great post on the negative affects of technology.  It is well worth the read.  I identify with many of the thoughts and conclusions of this blog and have been thinking about the changes I need to make in how I use technology.

Over the last week I read some provocative books on digital technology, including Nicholas Carr, The Shallows: What the Internet Is Doing to Our Brains; William Powers, Hamlet’s Blackberry; Clay Shirky, Here Comes Everybody; Michael Lewis, Next; and Tim Challies, The Next Story. Challies does an excellent job summarizing the insights of the others, and he adds his own Christian perspective. It is easily the best place to begin.
Here are five things I’ve learned:
1. Texting has a proud and distinguished history. It began in Finland, when frightened boys figured out how to use the keypads on their Nokia phones to ask girls out. They passed their skill on to their parents, who decided they liked the control and concealment that came with texting.
This week I heard of a young woman who was talking with a friend on her phone. The conversation became too emotional, so they decided to hang up and text each other. When asked why she would do such a thing, the woman replied that she didn’t want the other person to hear her cry. Maybe our technology is not connecting us as much as we think?
2. The Internet is giving us Attention Deficit Disorder. The neurons in our brains are constantly reconnecting and creating new pathways, and so our brains adapt to whatever thinking style we are currently using. The Internet encourages rapid, shallow thoughts that skim along the surface of pictures and text (mostly pictures). The more we surf the web the more difficult it is for our brains to slow down and think deeply in a single direction.
Don’t believe it? How long has it been since you’ve read an entire book? Why don’t you sit down and read one now? It’s harder than it used to be, isn’t it? We are becoming skimmers rather than readers.
3. Google encourages distraction rather than reflection. This company makes money every time we click on one of their ads, so they have a vested interested in keeping our mouses moving. The last thing they want is for you to bog down and immerse yourself in a single story.
Stand up to their manipulation by reading the rest of this blog post, slowly and with deep thought (he said, manipulatively).
4. The Internet is destroying our memories. The first step to memory formation is attentiveness. We focus on a certain event, which then enables that experience to transition from our short-term to long-term memory. So what happens to people who lose their ability to focus? They lose the ability to develop long-term memories. There is a third thing too, but I can’t remember what it is. Oops.
5. The Internet never forgets. Every click you’ve ever made is stored somewhere, so either be careful what sites you visit or make sure you never become famous—because your dirty laundry could be dredged for all to see. Of course, we’re all going to stand before God someday, so we already have the best reason to be careful, whether or not we’re planning on becoming famous.
6. I learned lots of other things, but if these books are right, then few of you have read this far anyway, and if you have, you’re itching for a break. So I’ll save the rest for another short post.
Posted by AK Pastor Blog at 6:00 AM