INTERVARSITY AND THE REVISIONIST HOPE FOR A PLACE AT THE TABLE 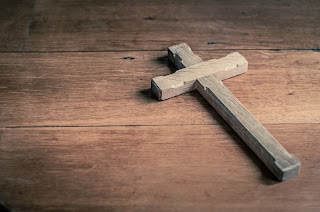 Intervarsity made headlines this week for requiring their staff to affirm the historic Christian position that all sexual expression is reserved for male-female marriage.

Critics claimed that same-sex marriage should not be a litmus test for staff members. IVCF should, instead, model a more inclusive approach that recognizes a diversity of views within the organization. By requiring employees to agree with IVCF’s doctrinal stance on marriage, the organization had lifted marriage to a non-negotiable. Since IVCF does not treat other issues this way (baptism, speaking in tongues, women in ministry), it is problematic for the organization to lift marriage to this level, alienate longtime supporters, and marginalize LGBT-affirming voices.
I’ve written before why marriage is not an “agree to disagree” issue but an architectural doctrine of the Christian faith.

Just a Place at the Table

But I want to focus on another idea here – the idea that “affirming” and “traditional” positions can coexist peacefully in the same evangelical organization. This is an idea promoted by many of the “progressives.” (I prefer to use the term “revisionists” because I find the notion of ‘progress’ in the ‘progressive’ indicates that theirs is the way forward. It’s not. “Revisionist” better describes the “revising” of classic Christian teaching.)
This idea is also promoted by some Christians who affirm historic teaching, but don’t think we should divide over it. It’s to that latter group – traditional Christians who don’t think this issue should divide us – who I want to address.
Now, I know the revisionists say that all they really want right now is just space. They long for a diversity of opinions on sexuality to coexist. They just want a place at the table. They think theirs is a valid Christian viewpoint and should be treated right alongside the traditional one. No one should get ostracized – neither traditionalists nor revisionists.
That’s what they say. But that’s not how they see this playing out over time.

Right and Wrong Sides of History

Most of the revisionists I dialogue with think history is on their side. They look into the fog of the future and think they are on the vanguard of massive social change, leading the church into a more open and inclusive future. They like the fog of the future rather than the fire of the past, where the entire witness of the Christian Church stands in judgment over their innovative doctrine.
Because they see themselves as “progressing” toward the future, the revisionists think that eventually everyone will come around to see their perspective as correct. Those who disagree with them today may agree with them tomorrow.
This is why we see breathless celebration any time a well-known church leader or pastor comes out as “affirming.” It’s also why we see outrage when organizations or denominations reaffirm traditional teaching. The actions of the United Methodist Church, Intervarsity, the global Anglican Communion (which suspended the Episcopal Church), or the about-face of World Vision frustrate revisionists, in part, because these actions mess with their narrative.
The revisionists are convinced their cause is righteous and that the whole Church will one day agree with them. And so, whenever Christians reaffirm the historic teaching, they see us as “hold-outs.” They say we are “digging in.” (Actually, it’s called “standing.” We’re just standing where we’ve always been, no shovel required.)

Why Peaceful Coexistence is Impossible

It sounds appealing to think that Christians can “agree to disagree” on marriage and coexist peacefully. But it’s the rhetoric of the revisionists that betrays this reality.
It is painfully clear that revisionists believe the traditional teaching of the Church is actually responsible for great pain, even death. The New Testament’s prohibition against homosexuality, as interpreted by Christians for two thousand years, killspeople. The stakes are that high. The Church’s position accepted “everywhere, always, and by all” is wrong and flat-out dangerous.
I do not understand how anyone who sees gay marriage as that essential to human flourishing would willingly partner with and walk hand-in-hand with traditional Christians who retain Jesus’ definition of marriage as male-female for life. Which leads me to think they don’t ultimately want just a space at the table. They want the table.

Pope Francis often speaks of gender theory as “ideological colonization” when he warns against the Sexual Revolution. I believe there is ideological colonization going on with marriage and sexuality within our own denominations and parachurch ministries. This movement takes the values of the Sexual Revolution, lines them up with our society’s expressive individualism, and baptizes them in religious lingo. What we have is not historic Christianity, but a mutation of classic Liberalism, only now the emphasis has shifted from denying or downplaying Christian miracles to denying or downplaying Christian morality.
Here’s the reality. The revisionist view, if it becomes acceptable within the ranks of an organization, will colonize and dominate the entire group. Eventually, the traditional view will be cast to the side as a harmful relic of the past.
Of course, this overthrow of the consistent Christian witness cannot happen outright. It will only happen when the authority of Scripture, the tradition, and influential theologians and pastors, are set side by side with many voices and perspectives, all claiming different positions that are “valid.”
After decades of seeing this tactic in the Evangelical Lutheran Church of America,Robert Benne lamented:

“There is no authoritative biblical or theological guidance in the church. There are only many voices. The 2009 Assembly legitimated those many voices by adapting a ‘bound-conscience’ principle, according to which anyone claiming a sincerely-held conviction about any doctrine must be respected. The truth of the Bible has been reduced to sincerely-held opinion.”

As the Sexual Revolution takes over, the traditional perspective will be cast aside as egregious. This has already happened in some quarters, to the point that even a luminary like J. I. Packer has been suspended by the Anglican Church in Canada.

Jesus’ brother tells us to “contend for the faith that was delivered to the saints once for all” (Jude 3) Why? Because “some people… have come in by stealth… turning the grace of our God into a license for immorality” (Jude 4).
The Church will always face challenges from the inside and outside. In this case, for the Church in the West, the pressure is mounting from both sides.
In the 1960’s and 70’s, the sexual rebels were the hippies who wanted to throw off moral restraints in favor of “free love.” In the 21st century, the sexual rebels will be Christians who dissent from Sexual Revolution dogma.
Revisionists think they are saving the Church’s witness for this generation. They are doing the opposite.
As the Sexual Revolution wreaks havoc in the lives of people around us, Christians have the opportunity to proclaim the Scripture’s moral clarity–not as a barrier to the faith, but as the beacon of light in a morally chaotic world. To be faithful in this time, the Church must be a haven of hope, a refuge in the midst of sexual chaos. We won’t be able to do that if we think the way forward is “agreeing to disagree.”
Posted by AK Pastor Blog at 9:21 AM