The process of change for the Christ is sometimes rapid but more often slow and painful . . .

The Time In Between

There’s this terrible thing that happens in Genesis 3. It’s a very familiar story to us, but I think that sometimes we can get so sunk down into what happens in the fall, that we lose sight of the beautiful vision that is created in Genesis 1 and 2 of what humanity was intended for. We were intended to bear the image of God and to do so perfectly in limited human form. That’s what we’re headed toward at a later date. In Revelation, we see that idea restored.
The question is what are we supposed to do with what we see between Genesis 1 and 2 and what we see at the end of Revelation? That answer is given to us repeatedly in the Scriptures. Be holy, for I am holy.

We were intended to bear the image of God and to do so perfectly in limited human form.

The believer in a post-fall world is still living with the presence of sin and temptation around, but because they’ve been granted a new heart through Christ’s sacrifice, they’re actually capable of choosing things that please the Lord.

We do that over the course of a lifetime. We don’t do it perfectly, but we do it incrementally better as time goes by, sometimes—I think everybody would testify—it feels like imperceptibly incrementally in some areas of our lives.
We do have sin patterns that we battle for years, and we can have the sense that I’m not getting any better at this reimaging thing that is supposed to be happening in me where I begin to look as I was intended to look—to look like Christ who perfectly imaged the Father.

We can feel like that can’t possibly really be happening because I still do this or I still do that.But, I think that’s probably because of a simultaneous thing that happens the longer you’re a Christ follower. You grow in your awareness of just how terrible sin is, and so any sin that continues in your life, you are perceiving with more and more accuracy than you did ten or fifteen years ago. 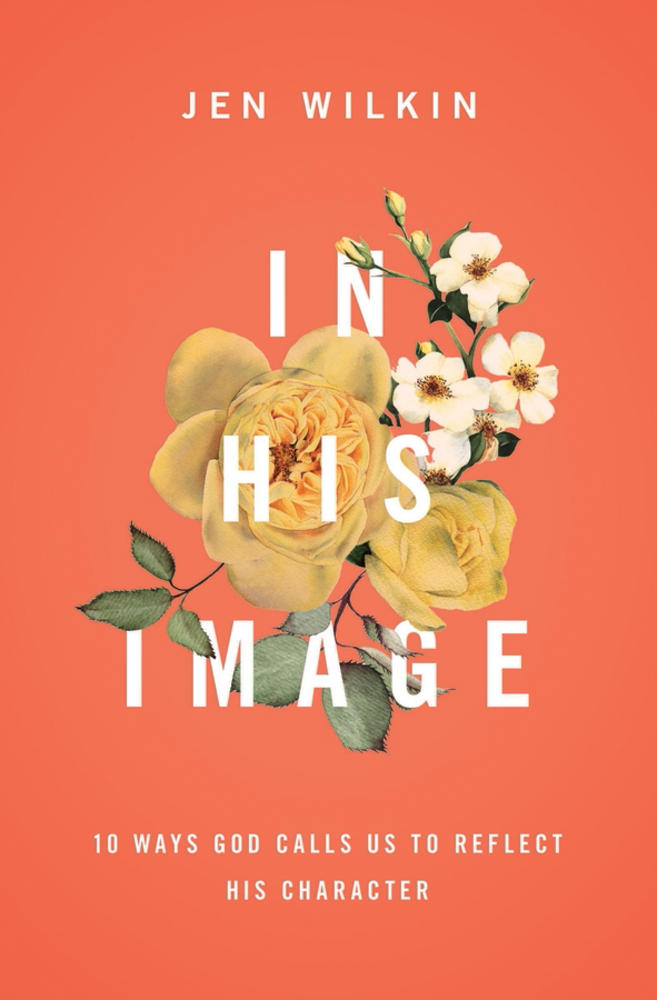 This book by the best-selling author of Women of the Word explores ten attributes of God that Christians are called to reflect, helping readers discover freedom and purpose in becoming all that God made them to be.
This is probably why Paul calls himself (annoyingly) “the chief of all sinners,” and we all want to say yeah, I’m pretty sure that’s not you. But, that’s the way that we all feel, even those of us who have been in the faith for a long time.
Even that awareness is a demonstration that sanctification is occurring. That’s part of what it means to be reimaged. It’s a growing awareness of the depth and extent of our sin, and at the same time, a growing desire to choose what pleases the Lord in everything we do.

Jen Wilkin is a speaker, writer, and teacher of women’s Bible studies. During her seventeen years of teaching, she has organized and led studies for women in home, church, and parachurch contexts. Jen and her family are members of the Village Church in Flower Mound, Texas.
Posted by AK Pastor Blog at 10:31 AM