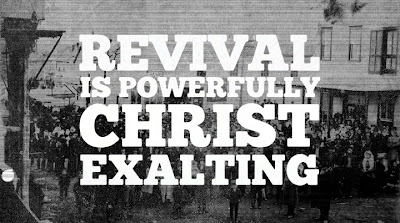 Originally posted at Redeemer City to City by Tim Keller.


How do seasons of revival come? One set of answers comes from Charles Finney, who turned revivals into a “science.” Finney insisted that any group could have a revival any time or place, as long as they applied the right methods in the right way. Finney’s distortions, I think, led to much of the weakness in modern evangelicalism today, as has been well argued by Michael Horton over the years. Especially under Finney’s influence, revivalism undermined the more traditional way of doing Christian formation. That traditional way of Christian growth was gradual – whole family catechetical instruction – and church-centric. Revivalism under Finney, however, shifted the emphasis to seasons of crisis. Preaching became less oriented to long-term teaching and more directed to stirring up the affections of the heart toward decision. Not surprisingly, these emphases demoted the importance of the church in general and of careful, sound doctrine and put all the weight on an individual’s personal, subjective experience. And this is one of the reasons (though not the only reason) that we have the highly individualistic, consumerist evangelicalism of today.
There has been a withering critique of revivalism going on now for twenty years within evangelical circles. Most of it is fair, but it often goes beyond the criticism of the technique-driven revivalism of Finney to insist that even Edwards and the Puritans were badly mistaken about how people should embrace and grow in Christ. In this limited space I can’t respond to that here other than to say I think that goes way too far. However, this critique trend explains why there is so much less enthusiasm for revival than when I was a young minister. It also explains why someone like D.M. Lloyd-Jones was so loathe to say that there was anything that we can do to bring about revivals (other than pray.) He knew that Finney-esque revivalism led to many spiritual pathologies.
Nevertheless, I think we can carefully talk about some factors that, when present, often become associated with revival by God’s blessing. My favorite book on this (highly recommended by Lloyd-Jones) is William B. Sprague’s Lectures on Revivals of Religion (1832). Sprague studied under both Timothy Dwight, Edwards’ grandson, at Yale and also Archibald Alexander at Princeton. The Princetonians – the Alexanders, Samuel Miller, and Charles Hodge – did a good job of combining the basics of revivalism with a healthy emphasis on doctrine and the importance of the church. Sprague’s lectures include a chapter on “General Means” for promoting revivals, and his chapters on counseling seekers and new converts are particularly helpful.

The primary means-of-revival that everyone agrees upon is extraordinary prayer. That’s the clearest of all and so I won’t spend time on it. The second means is a recovery of the grace-gospel. One of the main vehicles sparking the first awakening in Northampton, Massachusetts was Edwards’ two sermons on Romans 4:5, “Justification by Faith Alone,” in November, 1734. For both John Wesley and George Whitefield, the main leaders of the British Great Awakening, it was an understanding of salvation by grace rather than moral effort that touched off personal renewal and made them agents of revival. Lloyd-Jones taught that the gospel of justification could be lost at two levels. A church might simply become heterodox and lose the very belief in justification by faith alone. But just as deadly, it might keep the doctrine “on the shelf” as it were and not preach it publicly in such a way that connects to people’s hearts and lives.
The third factor I would mention is renewed individuals. Sprague points out how certain church leaders can be characterized by the infectious marks of spiritual revival – a joyful, affectionate seriousness, and “unction” – a sense of God’s presence. In addition, often several visible, dramatic life-turnarounds (“surprising conversions”) may cause others to do deep self-examination and create a sense of spiritual longing and expectation in the community. The personal revivals going on in these individuals spread informally to others through conversation and relationship. More and more people begin to look at themselves and seek God.
A fourth factor I will call the use of the gospel on the heart in counseling. Sprague and John Newton in his letters do a good job of showing how the gospel must be used on both seekers, new believers, and non-growing Christians. The gospel must cut away both the moralism and the licentiousness that destroys real spiritual life and power. There must be venues and meetings and settings in which this is done, both one-on-one and in groups. See William Williams, The Experience Meeting, a leaders’ manual for revival-promoting small group meetings in Wales during the first great awakening.

Finally, Sprague rightly points out that revivals occur mainly through the ordinary, “instituted means of grace” – preaching, pastoring, worship, prayer. It is a mistake to identify some specific programmatic method (e.g. Billy Graham-like mass evangelism) too closely with revivals. Lloyd-Jones points to some sad cases where people who came through the Welsh revival of 1904-05 became wedded to particular ways of holding meetings and hymn-singing as the way God brings revival. Nevertheless, Sprague grants that sometimes God will temporarily use some new method to propagate the gospel and spark revival. For example, under Wesley and Whitefield, outdoor preaching was a new, galvanizing method. Mid-day public prayer meetings were important to the Fulton Street revival in downtown NYC in 1857-58. I’m ready to say that creativity might be one of the marks of revival, because so often some new way of communicating the gospel has been part of the mix that God used to bring a mighty revival.
—
Timothy Keller is the founding pastor of Redeemer Presbyterian Church in Manhattan, which he started in 1989 with his wife, Kathy, and three young sons.  For over twenty years he has led a diverse congregation of young professionals that has grown to a weekly attendance of over 5,000. Dr. Keller’s books, including the New York Times bestselling The Reason for God and The Prodigal God, have sold over 1 million copies and been translated into 15 languages.
—
For more ideas on inspiring revival, check out Tony Merida’s Proclaiming Jesus.
For more free articles on evangelism & revival, read: For the City-Excerpt by Matt Carter & Darrin Patrick, Taking the Long View by Bill Streger, & What Does Revival Look Like? by Winfield Bevins
.
Posted by AK Pastor Blog at 9:44 PM