Preachers, Show Them in the Bible

John Piper has been helpful to me in so many ways over the last twenty-plus years in my thinking, my affections for Jesus, and in my ministry. . . 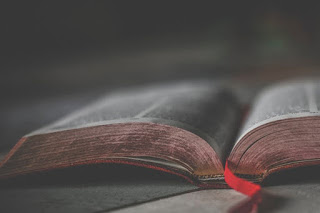 Expository exultation involves rigorous attention to the very words of the biblical text as a means of radically penetrating into the reality the text aims to communicate.
I am pleading against a widespread kind of preaching that is Bible-based but not Bible-saturated. I am pleading against the reading of a text followed by preaching that makes its points — sometimes very good points actually found in the text — without showing people the very words and phrases from which the points are taken. I am pleading against preaching that fails to help people see how the text actually takes us to the reality that is all-important.
What are the underlying reasons for this conviction that a preacher should show the people from the very words of the text how they can see for themselves the reality he is heralding? I will discuss only two here.

1. Only the Word of God Has Authority

First, the authority of preaching lies in the manifest correspondence between what the preacher is trying to communicate with his words and what the biblical authors are trying to communicate through the inspired words of Scripture. The key word here is manifest. The correspondence between the points of the sermon and the meaning of the words of Scripture should show.

“The words of God are the best means of displaying the glory of God.”

A preacher who does not care if his people believe what he says about the greatest matters in the world is a charlatan. He is playing language games in one of the most sacred places in the world. I assume most preachers who believe that the Bible is the word of God are not charlatans. That is, they take very seriously the calling to say things that people should believe. They want to be believed. They expect their people to believe what they say.

My First Sermon at Bethlehem

The basis for this astonishing expectation is the divine inspiration and complete truthfulness of Scripture. The Christian preacher aims to speak the word of God. He wants to be believed because he is saying what God wants said. In the first sermon I preached as pastor at Bethlehem Baptist Church, at age thirty-four, I said,

The source of my authority in this pulpit is not . . . my wisdom; nor is it a private revelation granted to me beyond the revelation of Scripture. My words have authority only insofar as they are the repetition, unfolding, and proper application of the words of Scripture. I have authority only when I stand under authority. . . . My deep conviction about preaching is that a pastor must show the people that what he is saying was already said or implied in the Bible. If it cannot be shown, it has no special authority.

My heart aches for the pastor who increases his own burden by trying to come up with ideas to preach to his people. As for me, I have nothing of abiding worth to say to you. But God does. And of that word, I hope and pray that I never tire of speaking. The life of the church depends on it.

Tell Us What God Has to Say

In that sermon, I quoted W.A. Criswell (1909–2002), who pastored First Baptist Dallas for forty years. I said then, and I believe today, that his words are an admonition to pastors that I think is right on the money, and I take it as a great challenge:

When a man goes to church, he often hears a preacher in the pulpit rehash everything that he has read in the editorials, the newspapers, and the magazines. On the TV commentaries, he hears that same stuff over again, yawns, and goes out and plays golf on Sunday. When a man comes to church, actually what he is saying to you is this, “Preacher, I know what the TV commentator has to say; I hear him every day. I know what the editorial writer has to say; I read it every day. I know what the magazines have to say; I read them every week. Preacher, what I want to know is, does God have anything to say? If God has anything to say, tell us what it is.” (Why I Preach That the Bible Is Literally True)

“My heart aches for the pastor who increases his own burden by trying to come up with ideas to preach to his people.”

This implies, therefore, that the message must not only correspond to the meaning of Scripture but also show that it does. The authority of preaching lies in the manifest correspondence between what the preacher is trying to communicate with his words and what the biblical authors are trying to communicate through the inspired words of Scripture. If this were not so, then on what basis would the people believe that the meaning of the sermon is the same as the meaning of the Bible? They may discover on their own that it is, without any help from the preacher. But why would the preacher want to make it hard for the people to see the correspondence?

It seems to me that a failure to show the people that the meaning of the sermon is there in the wording of Scripture is probably owing to incompetence, laziness, or presumption. Presumption that his words have enough authority on their own. Laziness because it is hard work not only to see what the text means but also to construct compelling explanations that show that the biblical text actually has this meaning. Incompetence because the preacher simply lacks the ability to show how the meaning of the message actually corresponds to the meaning of Scripture. These are traits that a preacher should not have.
The tragedy that happens over time in a church where the preacher does not give rigorous attention to the words of Scripture to help the people penetrate into the reality it communicates is that the word of God ceases to exercise its power, and the people lose their interest in the Scriptures.
When this happens, everything in the church shifts away from a joyful orientation on the Scriptures. The people cease to be a Bible-guided people. Without the saturation of Scripture, they become increasingly vulnerable to the winds of false teaching, and more subtly, the conditioning of unbelieving society. Their expectations become worldly, and they pressure the leadership of the church to make more and more concessions to what pleases unspiritual people. The preacher may wonder what the problem is, but he does not have to look far. He has not valued the word of God highly enough to make its glorious realities the content of his message while showing the people from the very words of the text how they can see these realities for themselves — and be thrilled.
That is the first reason for the conviction that the preacher should show his people from the very words of the text how they can see for themselves the reality he is heralding. It maintains the authority of Scripture as the manifest foundation for all that is preached.

2. Only the Word of God Awakens Life

The second reason that a preacher should show the people from the very words of the text how they can see for themselves the reality he is heralding is that preaching aims to awaken and strengthen faith in Christ, which the Scriptures themselves are designed to do with greater effectiveness than any message of man that mutes their words and meaning.
The essence of saving faith is seeing the supreme beauty of Christ in the gospel and embracing him as Savior, and Lord, and the greatest treasure in the universe. I say this because, among other reasons, it is implied in 2 Corinthians 4:4: “The god of this world has blinded the minds of the unbelievers, to keep them from seeing the light of the gospel of the glory of Christ, who is the image of God.” There is a spiritual light that shines through the gospel, and it is the light of the glory of Christ.

“As for me, I have nothing of abiding worth to say to you. But God does.”

Satan keeps unbelievers from seeing this glory. That is why they can’t believe. This is the light and the glory of Christ that a person must see in order to believe and be saved. It is seen with the eyes of the heart (Ephesians 1:18), when the Holy Spirit lifts the veil from our minds (2 Corinthians 3:16). The utterly decisive question preachers must answer is this: How will I preach so as to become an instrument of this miracle? How will I preach so as to awaken faith through a sight of the glory of Christ?

My answer is that God has given the church a divinely inspired book, which is the consummation of God’s demonstration of the beauty and worth of Christ. It is God’s own complete portrait of the glory of his Son — the meaning of his work from eternity to eternity, and its implications for human life. This divine portrait of Christ is the God-ordained means of creating saving faith. The words of God are the best means of displaying the glory of God.
Therefore, preaching that we hope God will use to create saving faith will not assume that there is a more compelling portrait of the glory of Christ that a preacher can create while sidelining or muting the portrait of Scripture in the words of Scripture. Instead, the aim of the preacher will be to rivet people’s attention on the words of Scripture and through them to reveal the reality of the glory of all that God is for us in Jesus.
Scripture is the divine word where the glory shines. Our aim is to focus people’s attention on that word in such a way that they see for themselves the glory. And believe.
Posted by AK Pastor Blog at 10:09 AM