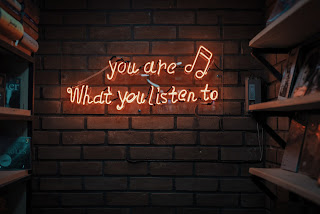 I stumbled upon Scott Sauls by accident.  Here is a thoughtful blog on new years resolutions . . .

As we consider things about ourselves that we hope will change for 2018, it is helpful for us to consider our readiness (or lack thereof) to invite into our lives things that Scripture says will lead us TOWARD the direction of change. Specifically, Scripture urges us to consider the value of constructive criticism. For sometimes others, especially those closest to us, can see our weaknesses better than we see them ourselves. As David needed a Nathan to point out his self- and other- destructive blind spots, so do we. The following reflection is my attempt at making a case for welcoming such correction — both for you and for myself. May God give us the courage, wisdom, and resolve to welcome needed corrections from brothers, sisters, friends, family, and colleagues to help us become better versions of ourselves.

Imagine how foolish it would be if each time my wife told me my breath was bad, instead of taking a mint I belched in her face and insisted that she leave me alone. What if, instead of thanking her for alerting me to the problem, I responded by asserting that my breath was not the real issue, but that her nose was?

What if I said to her, “Your sense of smell is the real problem here, so just get over it?”

Though there can be exceptions (when there is abuse involved, for example), when someone else says that our words or behavior are bringing them pain — or that something about us is making life difficult for them and others — usually the most wise and loving thing to do is take them seriously and humbly examine ourselves. This is true when our breath or our bodies are giving off an undesirable smell. It is also true when there is a flaw in our character that gives off a relational stench. When this is the case, Jesus has provided us with clear instruction:

If your brother sins against you, go and tell him his fault, between you and him alone. If he listens to you, you have gained your brother. But if he does not listen, take one or two others along with you, that every charge may be established by the evidence of two or three witnesses. If he refuses to listen to them, tell it to the church (Matthew 18:15-17).

Likewise, the apostle Paul wrote, “Brothers, if anyone is caught in any transgression, you who are spiritual should restore him in a spirit of gentleness. Keep watch on yourself, lest you too be tempted. Bear one another’s burdens, and so fulfill the law of Christ” (Galatians 6:1-2).

King David, whose true friend Nathan confronted him privately for his sins of adultery and murder, would also write, “Let a righteous man strike me—it is a kindness; let him rebuke me—it is oil for my head; let my head not refuse it” (Psalm 141:5).

Or as Oscar Wilde has said, a true friend stabs you in the front.

No doubt, it can be difficult to receive a word of correction. But true friendship and healthy community cannot exist without it. The path toward becoming the best versions of ourselves includes confrontations and corrections that, when we submit to them, will have the effect of making us better for God and others.

We value correction in virtually every part of life. Fathers and mothers spend thousands of dollars on counseling and books to help them parent their children well, with the expectation that they will need to change things about themselves in order for this to happen. Similarly, athletes stretch their bodies to the limit because a trainer tells them that a rigorous, gut-wrenching exercise routine is a must in order to compete well. Business executives adjust their leadership styles at the corrective urging of an executive coach. Patients take medications that tire them, let needles penetrate their skin, endure rigorous physical therapy, and allow their bodies to be opened up by a scalpel because a medical expert has told them these things are crucial to their health.

A failure to give voice to difficult truths can be very costly. For example, if a doctor saw cancer on a pathology report but told the patient that everything was clear, the patient would die and the doctor would be guilty of medical malpractice. Likewise, we can become guilty of spiritual malpractice by remaining silent about the destructive thoughts, words, and actions of the people in our lives. Recognizing this in his masterpiece about Christian community called Life Together, Dietrich Bonhoeffer wrote:

As the Proverb says, “Better is an open rebuke than hidden love. Faithful are the wounds of a friend” (Proverbs 27:5-6).

We know the Proverb.

We may have even memorized it.

But are we ready to start living it?

I pray a glorious, sanctifying New Year for you, my friends. And with a bit anticipation and trepidation, I ask that you pray the same for me.

Get Scott’s weekly blog in your email inbox.
Explore books with free chapter downloads.
Listen to sermons on iTunes.
Connect with Scott on Twitter, Instagram, or Facebook.