Great pastoral wisdom by James White.  Not everything that glitters is gold . . . 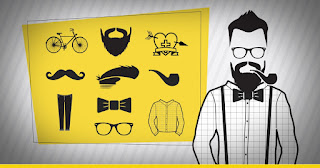 The headline for many for 2016 was that it was the year they couldn't wait to come to an end.
Depending on your view of things, the reasons seemed endless:
A ruthless political season, the deaths of many famed celebrities, mass shootings, racial division… and the list goes on.
But there was another reason for many to lament the past year: the crash and fall of pastor after pastor, many of them in the "celebrity" category. I won't name the names here – you probably know them – but you can read a sampling of those who come to mind here, here and here.
Most were young, relatively unmentored (or even unschooled) entrepreneurial church planters, rapidly platformed for being young, hip and "successful," and the "fruit" of their ministry was deemed an affirmation of their personal integrity and the worthiness of their platform.
Can anyone say, "trainwreck inevitable"?
It prompts me to suggest four truths, followed by four pleas.
First, the four truths:
Truth #1: Young and hip does not mean wise and insightful. It doesn't even mean you have the latest insights into how to be effective and relevant. In truth, it doesn't mean anything. Some of the most effective churches reaching Millennials and Generation Z are led by those in their fifties or even older. And their jeans aren't skinny. And those older, seasoned leaders are the ones who have true wisdom and maturity to bring to bear.
Truth #2: Numerical fruit is one of the weakest signs of a leader's walk with Christ, much less God's hand of anointing on an individual ministry. The fruit of the Spirit is love, joy, peace, patience, kindness, gentleness and self-control. It is not crowds and book deals, speaking engagements and followers on Twitter. God brings fruit because… well, God brings fruit. And it's often in spite of the leader's walk with Christ that He does it, not because of it. How else do you explain so many leaders of "successful" ministries being revealed for shadow lives?
Truth #3: Church planting in order to plant a church and extend the gospel to a fallen world is a good and noble thing; church planting to establish a platform for fame and fortune, acclaim and notoriety, is not. Even worse is when that church plant is designed to remove personal accountability, rather than provide it. Such self-created vehicles are destined to be driven into self-created ditches.
Truth #4: We are all sinners, but there is a difference between sin that we at least attempt to resist, and sin that is brazenly and unblushingly pursued and embraced. Even worse is when those in a position of leadership feel above the very teachings on sin that they propose to others.
Why propose these four truths? Because failing to embrace them has seemingly led to many of the downfalls among those leading churches.
With that being said, here are four pleas that might make 2017 a better year:
Plea #1: Please, can we slow down the platforming? Conference organizers seem more intent on getting the "next, next" person on their docket than whether that person has been tried and found worthy to be platformed. We are perpetuating the Christian "celebrity culture," and when it vomits on us through epic falls and fails, we have only ourselves to blame.
Plea #2: We must recapture the lost art of mentoring, and the lost value of being mentored. Church leaders should be apprenticed before assuming leadership. What that apprenticeship should entail can be a robust conversation, but that it should take place in some form or fashion should be without question. The danger of much church planting today is that young leaders can arbitrarily bypass any kind of preparation and simply create their own church/ministry and appoint themselves senior leader.
Plea #3: Church structure must provide accountability. While I am an advocate of creating church structures that release the gift of leadership (freeing it from the unnecessary constraints of bureaucracy), the current pattern seems to be creating – through church planting – structures that allow a leader to assume an unchallenged, unaccountable role that is autocratic, dictatorial and imperial.
Plea #4: We must regain the lost dynamic of repentance. We are all called to follow the conviction of the Holy Spirit and the truth of Scripture into repentance over sin. To repent is not simply to experience regret or even remorse. It is to enter into "metanoia" – the true turning from a course of action. This is when you realize what you've done, regret it, experience authentic remorse over it, and then seek to turn from it.
Granted, we all struggle with repetitive sin. This is not to diminish the scandalously inexhaustible depth of grace that God is only too willing to bestow upon those who continue to authentically confess that sin and seek forgiveness. But part of that confession must entail the commitment to repent, no matter how imperfect that might play out. What is perhaps most disturbing of the many stories of fallen leaders is how unrepentant they seemed to be as they engaged their double-life. There seemed to be more presumption regarding God than fear.
And perhaps that is what I feel seems to be missing most in so many leaders, and what I know needs continual cultivation in my own life: the healthy, grace-informed fear of the living God who will not be mocked.
Here's one pastor ready to renew and recommit himself to that bottom line so that 2017 won't be like 2016.
James Emery White
Posted by AK Pastor Blog at 6:58 AM