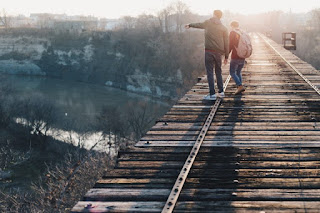 Some have (mistakenly) stated that the subjunctive mood communicates uncertainty. The not to happen. Such is the case with a use of the subjunctive labeled “emphatic negation.” This use is expressed by the double negative οὐ μή (the indicative and non-indicative negative particles) plus the aorist subjunctive. As the name suggests, this type of negation is emphatic and strongly denies that something will occur. In fact, it is the strongest way to negate a statement in Greek.
subjunctive mood, however, can communicate something that is emphatically certain
One example of emphatic negation is found in Hebrews 13:5:

I will never leave you nor [never] forsake you (ESV)

This verse is one of the most powerful verses in the Bible due the fact that it contains five negatives (2 emphatic negations plus the conjunction οὐδέ [“nor”]). This idea is well captured in the old hymn “How Firm a Foundation.” The last verse reads,
The soul that on Jesus has leaned for repose,
I will not, I will not desert to its foes;
That soul, though all hell should endeavor to shake,
I’ll never, no never, no never forsake.
Charles Surgeon often referred to this text in his sermons and preached this text on more than one occasion. In a sermon titled “Never! Never! Never! Never! Never!” he stated:
I have no doubt you are aware that our translation does not convey the whole force of the original, and that it would hardly be possible in English to give the full weight of the Greek. We might render it, “He hath said, I will never, never leave thee; I will never, never, never forsake thee;” for, though that would be not a literal, but rather a free rendering, yet, as there are five negatives in the Greek, we do not know how to give their force in any other way. Two negatives nullify each other in our language; but here, in the Greek, they intensify the meaning following one after another. (“Never! Never! Never! Never! Never!” [no. 477], delivered on Sunday Morning, October 26th, 1862, by Rev. C. H. SPURGEON at the Metropolitan Tabernacle, Newington)
About ten years later Spurgeon again returned to this text.
In our English language, two negatives would destroy each other, but it is not so in the Greek language—and the heaping up, as it were, of these denials on God’s part of all thought of ever forsaking His people ought to be sufficient to satisfy even the most doubtful among us! If God has said, “I will not, not, NOT, no never forsake My people,” we must believe Him! And we must chase away all thought of the possibility of the Lord’s forsaking His servants, or leaving them to perish. (“Never, No Never, No Never” [no. 3150] delivered on Sunday Evening, March 16, 1873 at the Metropolitan Tabernacle, Newington)
Although not formally trained, Spurgeon taught himself Greek and knew that studying the Greek text would improve his preaching. We would do well do follow his example by paying attention to the original text so that we hear (and feel!) the full weight of God’s message to us.
Benjamin L. Merkle is Professor of New Testament and Greek at Southeastern Baptist Theological Seminary. He is the author, editor, or coauthor of several books including Going Deeper with New Testament Greek, 40 Questions about Elders and Deacons, Why Elders? A Biblical and Practical Guide for Church Members, and Those Who Must Give an Account: A Study of Church Membership and Church Discipline.
Sharpen your Greek and gain deeper insights into the New Testament.  Order Going Deeper with New Testament Greek at LifeWay, Amazon, Barnes & Noble, or Christianbook.com. Request a faculty review copy here.
Posted by AK Pastor Blog at 12:21 PM