A good reminder not ot limit our focus on preaching the cross. . . 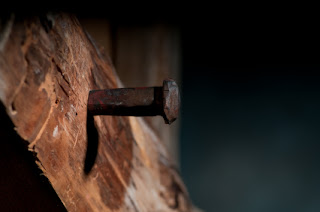 Preaching "Christ and him crucified" is core to the job description of any minister of the Christian gospel (1 Corinthians 2:2).  Good Friday drives this home more than any other day in the church calendar. On that day, the preacher's task is to proclaim and explain why the bloody spectacle of the Son of God murdered upon Golgotha is "good news." How is this moral rupture the center of God's great act of atonement--of God reconciling the world to himself (2 Corinthians 5:19)?
Christ's cross itself has always provoked hostility and scorn whether among pagan Greeks or Jews and is, in many ways, no easier to stomach now than it was then; it still confronts us with our sins and bids the old Adam to come, submit to death, so that the New Adam may rise to new life. But that's not the only difficulty involved.
The fact of the matter is that many have rightly recoiled at some of the defective ways pastors have preached the cross--especially its penal and substitutionary dimensions--in the past. When we make mistakes in this area, it's easy to give people a distorted and destructive view of both God and the gospel. This is tragic. Both because we deprive people of the beauty of the cross, but also because, as C.S. Lewis points out, the more powerful and good something is, the more destructive it can be if it goes wrong. Much as a doctor cannot be careless in wielding a life-saving scalpel, so preachers cannot treat the preaching of the cross lightly or carelessly lest we bring death instead of life.
While there are a number of ways preaching the cross can go wrong, here are three key mistakes to avoid in your preaching of the cross this Good Friday.
Don't Break Up the Trinity
One popular, but dangerous, mistake that gets made is to speak as if the cross was an event that momentarily split the Trinity up into pieces. We sing hymns with lines like "The Father turned his face away" and think that on the cross God the Father poured out his judgment on God the Son in such a way that the eternal Father is somehow ontologically or spiritually separated from God the Son. To suggest this is to teach a split in the being of the eternal, unchangeable, perfect life of the Father, Son, and Spirit, which is unthinkable.
What's more, this is not the historic, orthodox view of penal substitution--at least not as we encounter it in the best teachers in church history. John Calvin himself is quite clear on this:

Yet we do not suggest that God was ever inimical or angry toward him. How could he be angry toward his beloved Son, "in whom his heart reposed" [cf. Matthew 3:17]? How could Christ by his intercession appease the Father toward others, if he were himself hateful to God? This is what we are saying: he bore the weight of divine severity, since he was "stricken and afflicted" [cf. Isaiah 53:5] by God's hand, and experienced all the signs of a wrathful and avenging God (Institutes of the Christian Religion, II.xvi.11)

This is where having a properly Chalcedonian Christology matters. We have to remember that Christ the Mediator is not solely divine, nor solely human precisely because he is fully divine and fully human. The teaching of Scripture is that divine, eternal, perfect Son assumed human nature (adding humanity) to himself in the incarnation in order that he might live, die, and rise again on our behalf as man (John 1:1-14; Col. 1:15-20; 2:8). This is why Calvin (along with the Fathers), said it is appropriate to speak of some realities being "according to" his divine nature (eternality, omnipotence, etc) and others according to his human nature (thirst, hunger, sleepiness) even though they are both properly spoken of Christ as he is one person in two natures.
When we speak of the Son suffering the consequences of sin, judgment, the wrath, or the abandonment of God on the cross, we speak truly, but we speak these things according to his human nature. You have to be able to say that the divine Son suffered these things because Jesus is the divine Son. But you also have to say that the Son suffered them according to his human nature. This is not a dodge or over-subtle, logic-chopping. This is the metaphysical logic of the incarnation--God is unchangeable and impassible. God cannot suffer in his own nature, so the Son takes on our nature in order to suffer with and for us in his human nature, which is now really and truly his, alongside and on behalf of his brothers and sisters (Hebrews 2:14). God the Son suffers and dies in his human nature.
In other words, if you forget orthodox Christology in the preaching of the cross, you'll be in danger of losing the Trinity and the gospel itself.
Don't Forget--Love Comes First
A second mistake we can make in preaching the atonement is connected to the first. Many critics have rejected the atonement as the satisfaction of God's justice and wrath because they've gotten the impression that somehow the picture is about a loving Jesus going to the cross in order to satisfy an angry Father who's just out for blood. And even when it's not explicitly taught this way, unless corrected, many people in the pews can get the impression that God somehow has to be convinced he ought to be merciful.
But this is not what we see in Scripture. Instead, we have a portrait of the triune God of holy love who purposes from all eternity to redeem sinners for himself, before it ever entered their minds to repent he looked to embrace us in Christ (Eph. 1:4-5; 1 Peter 1:20). God revealed his love for us in that while we were still sinners, cursing God with every breath, that the Son came to die for us (Romans 5:8).  God doesn't have to be convinced or persuaded to love us, nor does the Father need to be convinced by the Son.
Indeed, Jesus makes it clear that the Father loves the Son precisely because the Son goes willingly to lay down his life for the sheep just as the Father desires because of his great love for us (John 10:14-18).  Hebrews makes clear that the Son does so in the power of the Spirit (Hebrews 9:14). This is the triune shape of the gospel: Father, Son, and Spirit beautifully and harmoniously accomplishing the salvation of sinners.
In that case, we have to understand that God is not moved from wrath to love because of the death of Christ. He is moved by love to satisfy his wrath (ie. judicial opposition to sin) against us by removing our guilt and enmity through the blood of his cross. Whatever else our people understand, they must see that mercy and grace are God's idea and accomplishment before it ever enters our minds, because God, by his very nature, is love.
It's Not All About Wrath
Finally, I've focused on issues connected to wrath and punishment simply because Reformed and Evangelical preaching tends to focus on some form of penal substitution in its cross-preaching. Don't forget, though, that the cross is about much more than those issues. Scripture is clear that Christ got a lot of work done in his life, death, and resurrection. Herman Bavinck notes the diversity of the New Testament witness at this point and says, "Like the person, the work of Christ is so multifaceted that it cannot be captured in a single word nor summarized in a single formula." We must remember not to sideline the various other aspects of Christ's cross-work.
For instance, when was the last time you preached on Christ's conquering over the powers of sin, death, and the devil? The drama of the gospel isn't only about interpersonal reconciliation between God and humanity, but about the liberation of God's people from the clutches of his enemies. The same apostle John who tells us that Christ came to make atonement for sin (1 John 2:2) also came to utterly destroy the works of the devil (1 John 3:8) . Paul says that through his death for our sins, Christ removed the record of transgressions that stood against us, bringing our forgiveness, and thereby disarming the powers and principalities (Colossians 2:13-15). Satan can no longer accuse the saints (Revelation 12:10-12). In doing so he liberates us from guilt and the fear of death (Hebrews 2:14).
And this is just one of the many aspects of Christ's multi-faceted work on the cross beyond the satisfaction of God's justice.
We need to be careful, then, to avoid giving our people a lopsided view of the cross so that they might begin to perceive the height, breath, and depth of the good news of Good Friday.
Derek Rishmawy is a Ph.D. student in Systematic Theology at Trinity Evangelical Divinity School, Deerfield, Illinois.
- See more at: http://www.reformation21.org/blog/2016/03/three-mistakes-to-avoid-in-goo.php?utm_source=TGC+List&utm_campaign=82010cf4aa-RSS_EMAIL_CAMPAIGN&utm_medium=email&utm_term=0_621531349f-82010cf4aa-118240461#sthash.I8kmik2T.dpuf
Posted by AK Pastor Blog at 6:49 AM