God Exists - The Most Significant Implication

Here is a section from a sermon, I Am Who I Am, by John Piper, found here,  that I was reading this morning. 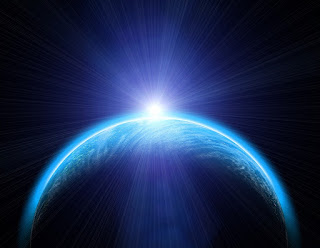 Or as Francis Schaffer never tired of saying, God is there. At first this may seem so obvious and so basic that we wouldn't need to mention it. Well, it is obvious and it is basic, but the reason we should mention it is that most people live as if it were not true, or as if it were a truth that makes no difference in life.
Suppose the president of the United States invited you and a few of your friends to the White House for a reception. As you enter the cozy green room, the president is sitting by the fire place and you walk right by him without a glance or a greeting. For the whole evening you neither look at him nor speak to him nor thank him nor inquire why he called you together. But every time the one reporter asks you if you believe in the existence of the president, you say, "Of course." You even agree that this is his house and that all this food came from his kitchen. But you pay him no regard. Practically speaking you act as if you do not believe he exists. You ignore him. He has no place in the affections of your heart. His gifts, not himself, are the center of your attention.
The vast majority of people who say they believe in God treat him this way. He is like hydrogen. You learned once in school that it is in the air you breathe, but after that your belief in it has made no difference in your life. Every time someone takes a poll, you say, "Of course, hydrogen exists." Then you return to things that matter.
Put yourself forward a few years to the day when every human being will give an account of himself before the living God. God will say to millions of people, "Now it is my understanding that you said often during your life that you believed in me. You affirmed my existence. Is that right?" "Yes." "And is it not true that in your life the more honor and importance and virtue and power and beauty a person had, the more regard he was paid and the more respect he was shown and the more admiration he received? Is that not the case?" "Yes." "Then why is it that I had such an insignificant place in your life since you say you believed in me? Why didn't you feel more admiration for me and seek my wisdom more often and spend time in fellowship with me and strive to know the way I wanted you to make all your everyday decisions? Why did you treat me as though I were like hydrogen?"
What, I ask you, what is the world going to answer? What are thousands of so-called Christians going to answer, whose faith in God is virtually the same as their faith in hydrogen?
O how easy it is going to be for God to condemn the world at the judgment! Sometimes in our self-asserting pride we actually think that God is going to have trouble finding enough evidence to be just in sentencing people to hell. But if you allow yourself to think clearly for a moment about the overwhelming implications of the statement, "God exists," you will see that it is going to be very easy for the Judge on that day. The defendants will be utterly speechless because of the manifest inconsistency of their lives. The portfolio of the prosecuting attorney will not have to be opened beyond page 1 where it says, "Defendant affirmed that God exists; personal life lived as though God made no difference."
Contained in the name Yahweh is the first and most important truth about God: he exists. And for those who will stop pursuing their own glory and their own private pleasure long enough to consider it, that makes all the difference in the world.